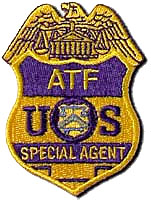 Those of you who read my blog will note that I am not often critical of law enforcement – however people have been appropriately critical of ATF with their handling of situations that went horribly wrong (such as Waco-Branch Dravidians). Those of you who know me personally know that I recently ran a multi- agency federal-state-counties-cities task force targeting Asian Organized Crime. ATF provided my group a lot of manpower and equipment and some very good special agents. We bought a lot of machine guns on the streets of Los Angeles from organized crime – but I can’t imagine a situation where we would have SOLD machine guns such that they would have “walked” from the point of sale from the US and into the hands of narcotics cartels in Mexico. Just because you can do something does not mean that you should.

(CBS NEWS – LINK) “Documents show the inevitable result: The guns that ATF let gobegan showing up at crime scenes in Mexico. And as ATF stood by watching thousands of weapons hit the streets… the Fast and Furious group supervisor noted the escalating Mexican violence.

One e-mail noted, “958 killed in March 2010 … most violent month since 2005.” The same e-mail notes: “Our subjects purchased 359 firearms during March alone,” including “numerous Barrett .50 caliber rifles.”

Dodson feels that ATF was partly to blame for the escalating violence in Mexico and on the border. “I even asked them if they could see the correlation between the two,” he said. “The more our guys buy, the more violence we’re having down there.”

What is the Obama Justice Department thinking?