Travels (brief Q and A) 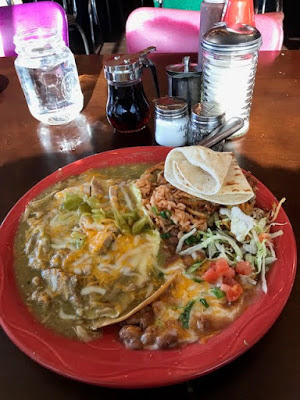 Q – Are huevos rancheros the breakfast of champions?

A – Only if they are smothered in delicious chili verde

If anyone would have asked me if there’s such thing as a ‘jerky mine’, I would have expressed skepticism. It’s the same skepticism that I have for legends of a 50′ tall Paul Bunion (and his blue ox – though LSP does have a blue dog), and for the 50′ Jesus that the late Reverend Oral Roberts saw outside of his window. 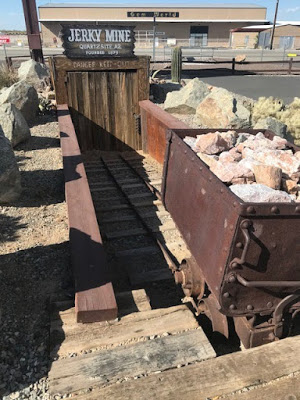 Q – Did you find a jerky mine?

A – (shuffles feet) Yes. Which means that maybe there is a 50′ Paul Bunion, blue ox named Babe and a 50′ Jesus wandering around Oklahoma. It’s outside of a store, “Really Good Jerky”, in Quartzsite, Arizona.