Tough Christmas for the Cartels 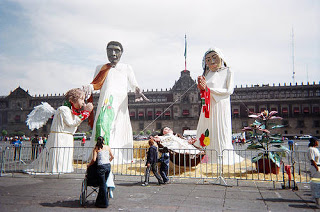 Facebook
Twitter
Pinterest
WhatsApp
The Sinaloa Federation has had a rough Christmas Season so far, and their ‘luck’ seems to have deserted them. The Mexican drug cartels take December off and usually go back to their wicked ways after the first week of January. This year has been no different. But while crime has taken a holiday, and while you’ve been enjoying your Christmas Season, oblivious to the ‘war next door’, they have been punched again and again thanks to a partnership between the Mexican Government and their allies in the United States.

Cartel European Operations Chief – Luis Rodriguez Olivera was arrested in Mexico yesterday as he tried to board a commercial flight to Paris. (link)

Cartel Weapons Chief – Nicolas Balcazar Lopez (El Bronco) was arrested in Guadalajara a little over a week ago, but strangely, he was subsequently released.

Christmas in Mexico this year has a different spin on it.
Merry Christmas, Drug Cartels…