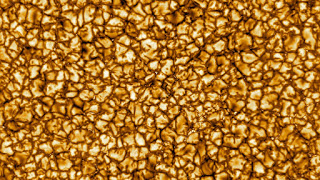 Astronomers have just released the highest-resolution image of the sun. Taken by the Daniel K. Inouye Solar Telescope in Maui, it gives us an unprecedented view of our nearest star and brings us closer to solving several long-standing mysteries.

The new image demonstrates the telescope’s potential power. It shows off a surface that’s divided up into discrete, Texas-size cells, like cracked sections in the desert soil. You can see plasma oozing off the surface, rising high into the solar atmosphere before sinking back into darker lanes.

There is a lot about the Sun that we don’t know. Maybe more exploration will explain to scientists why the global warming hoax isn’t working? In any event, all warming essentially comes from the sun or volcanism from Earth’s interior. The small amount of human-caused activity is insignificant. Pollution is another matter and must be dealt with separately.

For all of you Obama conspiracy theorists, corrupt, creepy, old, Slow Joe Biden has reached out to Michelle Obama to run as his vice president. Naturally the plan would be for Slow Joe to die in office and Barack would return as first metrosexual at the side of his masculine wife – now president. I don’t know if Joe can beat Bernie. But wait – stop the presses – Team Hillary is also angling for a vice presidential bid, keeping in mind that Creepy Joe might not last a month. 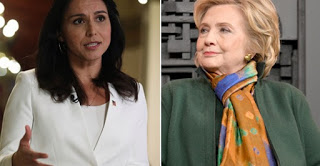 On the advice of counsel, Hillary Clinton has refused to accept service of Tulsi Gabbard’s lawsuit. Apparently Hillary doesn’t think that accusing everyone who ticks her off of being a Russian spy should be ‘wrong’. Then again, she may just be buying a little time until Tulsi is drowned in the Hawaiian surf? Accidents happen, right? Tulsi is getting a little big for her britches these days. It’s become a staple of Democrat politics.

Because sometimes the glass if half full: 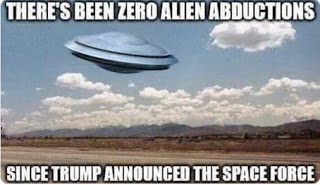