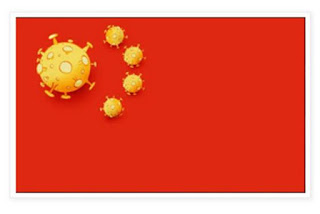 More on the Virus
(bloomberg) It’s worth a read. The implications raise the concerns about Coronavirus carriers moving about and spreading the virus with no visible symptoms.
_____

In case you missed it, Federal Agents arrested Dr. Charles Lieber, chair of Harvard University’s Department of Chemistry and Chemical Biology, charged with lying to the Department of Defense about secret monthly payments of $50,000.00 paid by China and receipt of millions more to help set up a chemical/biological “Research” laboratory in China. Also arrested were two Chinese “Students” working as research assistants, one of whom was actually a lieutenant in the People’s Liberation Army, the other captured at Logan Airport as he tried to catch a flight to China – smuggling 21 vials of “Sensitive Biological Samples” according to the FBI.
The research lab the professor had helped set up is located at the Wuhan University of Technology. Make of that what you will. DRJIM might be right. They’re trying to recreate “The Stand”.
_____
As far as I know, United, Lufthansa and Delta are the only airlines to suspend travel to China, but there may be more.
Popeye 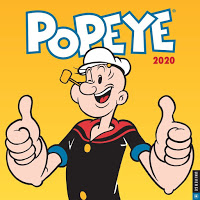 152 years ago, Monday, January 27, 1868, an obscure Polish-American bartender and general laborer by the name of Frank “Rocky” Fiegel (1868-1947) was born in Poland. Late in his life, Rocky Fiegel became somewhat famous as the real-life inspiration for E. C. Segar’s ever-popular cartoon character Popeye The Sailor.
According to Wikipedia:

Local folklore in Chester, Illinois, Segar’s hometown, claims that Frank “Rocky” Fiegel was the real-life inspiration for the character Popeye. He had a prominent chin, sinewy physique, characteristic pipe, & a propensity & agile skill for fist-fighting. Fiegel died on March 24, 1947 never having married. His gravestone has the image of Popeye engraved on it. The town of Chester erected a statue of Popeye in Fiegel’s honor, which still stands today.