The New Normal in America 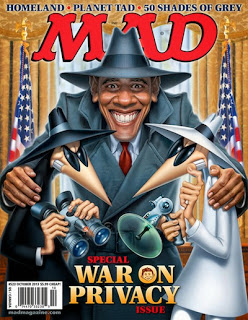 Not everyone wants America fundamentally transformed. But apparently enough people do? They wanted Obama back and we have 3.5 years more of this ‘balderdash’ to live through.  “Social Justice” means that 51% of Americans pay no federal income tax, and feed parasitically on the 49% who do, as vote buying becomes part of government policy, and as the vehicle for turning democracy against itself in the push to establish a socialist state.
The early Obama vision involved the creation of a “civilian force” as large as the US Military to enforce fundamental transformation, but that didn’t go anywhere. Yes, there were a few inner city efforts to create local Obama militias, but the demise of ACORN took the wind out of the sails of those same people who filled the levy for a militia. (ACORN is back touting ObamaCare – so they never really went away)

Commentary: Quite frankly, it’s unlikely that the local police would have supported the Obama brown shirts, and when it comes to effective training, there are better trained ex-military people among the populace than the inner city army would have ever turned out to be. SEIU thugs don’t have the stomach for a stand-up fight.

Disarming American citizens was high on the Obama Agenda and one of the first moves to demonstrate how firearms were moving from the US to Mexico was for the Obama Administration to do it themselves through the then secret Operation Fast and Furious — that blew up in their faces. By 2010 there was a Republican majority in the House of Representatives and they subpoenaed witnesses and held hearings. Ultimately Attorney General Eric Holder was held in contempt of Congress, but the news media didn’t care and didn’t share fully with the American people. Holder is still in office causing mischief.

Crushing your enemies was a very high priority for Barack Obama and thus the strategy to set the Internal Revenue Service on vocal Republicans who handed out copies of the US Constitution and other “un-American” activity. Obama would have gone Farenheit 451 if he thought that he could have gotten away with it. But with a divided government, congressional hearings again brought the truth out and IRS was unmasked.

The Obama expansion of the National Security Agency’s surveillance activity to domestic e-mail and telephone calls without warrants stirred up a hornet’s nest. Abroad, disclosures that we shamelessly wiretapped everyone has brought a backlash.

“If you’re going to lie, make it a big one and keep telling it.” – Never more graphically illustrated than with the Obama Administrations lies and “spin” on the Benghazi Massacre. The whole truth is not in the public domain yet, but I suspect that should Hillary Clinton fail to become president – it will be.

Commentary: 100 years ago, it would have been called treason. Today it’s business as usual in the ObamaNation.

ObamaCare puts the public’s health and control over that healthcare in the hands of the same federal government that set the IRS on the president’s political opponents…let that sink in for a moment. But it appears as if it will implode separate and apart from the current talks over the budget. Maybe it’s better to let it disintegrate on its own merits?

Foreign Policy, from Benghazi to Syria, has repeatedly plastered egg on the face of Obama’s Administration as Russia turned out to be the “good guy” on the international stage. China repeatedly calls the US out publicly for being “unsound” and Europe has lost faith in the initial hype for the “magic negro”. Emboldened Iran works to complete its nuclear weapons that it’s vowed to fire at Israel with Obama’s red line meaning absolutely nothing.

Commentary: Obama backed Al Qaeda in Syria and sent them arms. We’ve been at war with Al Qaeda since 2001 — and if that is not treason, I have difficulty defining it. It used to be defined as “giving aid and comfort to the enemy during a time of war”. Maybe by declaring the war over, even though Al Qaeda didn’t think it was over somehow provided Obama with a legal dodge? A lot of Americans died in the “War on Terror” and for Obama to embrace and aid those very enemies, still in the field against  the US is beyond unconscionable. Maybe it falls under the Obama rubric of “social justice”?

The war on domestic energy that Obama and friends undertook is unrelenting and the global warming/cooling hoaxes continue to be blamed while the rest of the world mines, drills and uses their resources. Americans have lost their sticker shock over $5.00/gallon gasoline as it becomes the norm in many states with high gas taxes (California, the liberal paradise, being one).
Homosexuality is cooler now than ever before as the ObamaNation officially embraced sodomy as the “new normal”. In California, the roll out of homosexual sensitivity training begins in K-6 as of 2014 as a mandatory part of public education.
Senator Rand Paul had to filibuster for 12 hours for Attorney General Eric Holder to write an opinion that armed drone aircraft should not be used to target and kill Americans on US soil who were not guilty of committing any crime. Apparently the Obama Administration thought of thinning the ranks of the political opposition by using drone strikes to do their dirty work? It’s difficult to separate fact from fiction in the ObamaNation because everything that you think must be an exaggeration turns out to be true in congressional hearing rooms.