Thoughts on the Grenade Walker Scandal 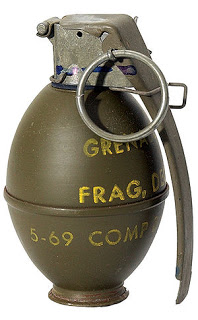 Read more about the M-67 hand grenade HERE – and at FAS.

(CBS News – Sharyl Attkisson) Police say Jean Baptiste Kingery, a U.S. citizen, was a veritable grenade machine. He’s accused of smuggling parts for as many as 2,000 grenades into Mexico for killer drug cartels — sometimes under the direct watch of U.S. law enforcement. 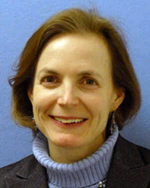 This story continues to develop in all its permutations. And when you consider the implications of the United States of America’s conduct in this ongoing scandal, it boggles the mind. The US Attorney’s Inspector General’s Office is investigating this. However since Cynthia Schnedar (photo right) is a close personal friend and political patron of Attorney General Eric Holder (READ MORE HERE), nobody believes that this is going anywhere except to the shredder.
It’s interesting to see that DOJ’s take on hand grenades ‘walking’ across the US/Mexico Border is that they are ‘novelty items’. The BATFE and the DOJ took a wholly different view of these “novelty items” when they were in the possession of the Branch Davidians. When the Davidians had them, they were evidence of a conspiracy to build an unlawful arsenal of automatic weapons and explosive devices. (The Davidians had sold the inert grenades mounted on a wooden base with a numbered tag that said “Complaint Department – Please Take A Number” attached to the pin at gun shows for years.)
As an aside — Let me get this straight. It’s ‘legal’ to walk over 2,000 hand grenades from the US to Mexico, but it’s illegal for the average citizen to carry a loaded handgun in California… (I’m simply asking for a reality check)
In addition to the hand grenades (MORE HERE), stand by for ‘machine gun walker’ and more breaking news as the scandal continues to unfold.

(NY Times) Meanwhile, Attorney General holder is prosecuting Mansor Atbabsiar (photo left) for plotting with the Los Zetas Drug cartel to kill the Saudi Ambassador, His Excellency Dr. Adel A. al-Jubeir. Based on the news reports, the Iranian Qods Force (a branch of the Republican Guard) wanted Atbabsiar to use a bomb to kill the ambassador while he ate lunch in a crowded restaurant, but WHAT IF, they’d have settled for the Los Zetas Cartel to have used hand grenades instead? Novelty items…

(on a lighter note) Could things get this crazy ->

The Mexican government had a high level cabinet meeting. The country was about to go bankrupt and couldn’t seem to find its way out of the crisis. Actually this is the scenario with every Mexican Cabinet meeting – but hang with me on this.

After much arguing, Patricia Espinosa said:  “I know how to save our country. We will declare war on the United States!”

Everyone was struck dumb for a moment and then started questioning the Secretary of State’s sanity.

Jose Francisco Blake Mora, the Secretary of Gobernacion thought about it for a moment and nodded his head vigorously. “Patricia is correct! The Americans have traditionally helped their former foes after war. Despite long-drawn out war with Germany and Japan, the U.S. did so much, they were returned to world leader status in a few short years. So I propose we declare war, have a few skirmishes, then surrender and negotiate our way to greatness.”

Everyone of the cabinet ministers liked the idea. Tequila shots were poured and everyone drank a toast to Patricia Espinosa for coming up with the best idea during the meeting. Everyone except General Guillermo Galvan, who had one of those depressed looks spread across his face that he’s famous for.

“General, what is wrong, my friend?” President Calderon asked. “We will declare war on the United States, lose, and then have my good friend Barack Hussein Obama stimulate OUR economy and pay our way to greatness. How could you be so sad?”

The general lifted his big head from his hands and slowly, painfully asked, “But what happens if we win?”