Thoughts on the Caliphate

Expanding the Caliphate
Britain has a problem with Islamism. It’s not racist. It has to do with the vision of establishment of Sharia (Islamic Law) in portions of England that have dense Muslim populations – at the exclusion of Crown Law.
Put that into the context of the expanding Caliphate that is spreading through the Middle East in the form of ISIL and other groups and the problem is greater — there’s a disturbing trend.

‘But as the Muslim population has grown and the pervasive creed of multiculturalism has become ever more powerful, so Sharia law has rapidly grown in influence within some communities.

‘There are now estimated to be no fewer than 85 Sharia courts across the country — from London and Manchester to Bradford and Nuneaton. They operate mainly from mosques, settling financial and family disputes according to religious principles.’

The Archbishop of Canterbury has been mute on this issue.

The US will be engaging in a war in Iraq and Syria under President Obama’s Leadership. He says no ground troops. We’ll see. There will clearly be pilots/aviators over the turf in larger numbers than there are now. There will also be significant US logistic support – but according to the president, they don’t count the same way as ground troops do. I’m not sure that you can cut it that close, but as the president’s official policy flip-flops on a DAILY BASIS, nobody is sure what’s going on. 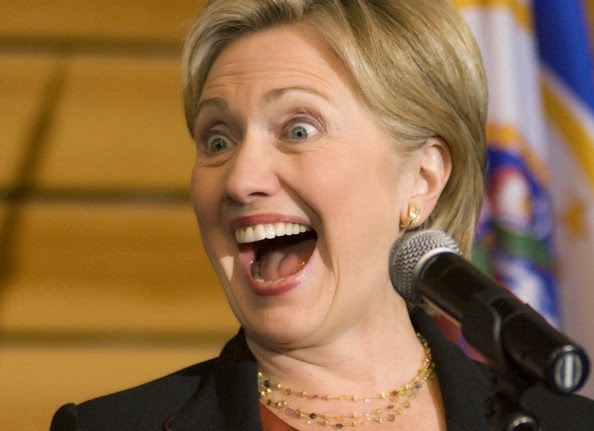 To fight an organization like ISIS that sprawls across Syria and Iraq, the administration will need to sign up for military action on both sides of the virtually nonexistent Syria-Iraq border. Will Obama do so or will he be paralyzed by concerns about violating Bashar Assad’s “sovereignty” even though we no longer recognize him as the rightful ruler of Syria?

Where is Candidate (undeclared) Hillary (the Hag) Clinton on this? She was Secretary of State during the Arab Spring. She wants to be the leader of the free world. What’s her opinion? Yeah, she’ll wait to see how things out and based on hindsight, she’ll have a recommended policy. What a cur.