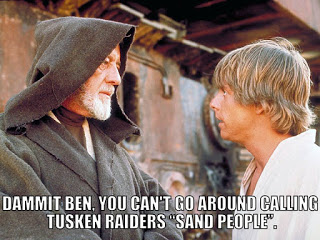 It’s Saturday, the doings at the Mosque down the street may have ended. The Muslims two-doors-down are having a hoot-in-nanny of some description. I’m not part of their faith and culture, so the screechy loud music and the obnoxious bull$hit bothers me. Everyone else posts fliers if they are going to have a party, explaining how long the shindig will last and who to call if we have a beef. Not the Mohammedans.
Naturally since there are about a hundred of them, attendees blocked the driveway of my home. It’s a three-car driveway and there were two Mohammedan cars blocking access when I arrived back from a run to Costco.
There are a lot of Sand People who live near me these days. I’m hoping that one of them buys my house (at a premium price) when I leave. Still, I did ask them politely to find the people who blocked my driveway and have them move.

I hear you saying to yourself, “LL, you’re very tolerant.” I thought of punching their tires, but then they’d be obstacles and I wanted to give them a chance before I called the police first. This is the new, progressive me — who hopes that I can unload this house as being “mosque friendly” when I move to AZ in the next couple of months. I’m that sort of sell-out. 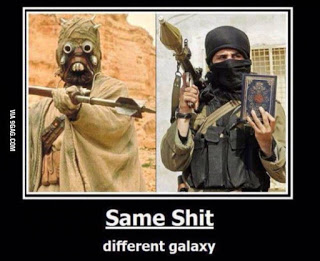 The black family that lives between me and the Sand People wasn’t happy about that either. In fact, substantially less happy about the party than I am (it’s underway as I write). They parked two cars in his driveway AND blocked the access. He’s substantially less tolerant of both progressives, Mohammedans and blacks than I am, so he provides a racially and politically convenient buffer for me.
In the past he’s said, “LL, I moved here to get away from #$%& (inner city people), sand#%$&/dune coons and thugs.” I pointed out the he, himself was a negro. He pointed out that he wasn’t a #$%& (inner city person), and he’s a “Baptist, not a heathen”. 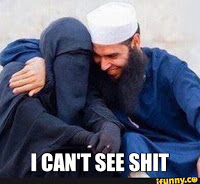 He and his wife are both lawyers and don’t like riffraff. He’s concerned that when I sell my house, a Mohammedan family will buy it and will further damage the neighborhood’s reputation. I told him that the way to fix that was to find a buyer-from-owner before I list it. Maybe I need to put fliers on all of the cars clogging the neighborhood. They could walk from my house to the mosque, trailing their wives and offspring every Saturday. What a bargain!
Don’t Sand People walk single file to hide their numbers? I’m not a Star Wars aficionado, but I think that’s true.