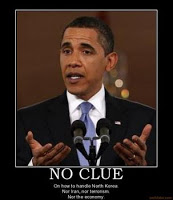 Facebook
Twitter
Pinterest
WhatsApp
Shortly before his death, the late Steve Jobs met President Obama at a dinner in California, where “each guest was asked to come with a question for the president.”

But as Steven P. Jobs of Apple spoke, President Obama interrupted with an inquiry of his own: what would it take to make iPhones in the United States?

Not long ago, Apple boasted that its products were made in America. Today, few are. Almost all of the 70 million iPhones, 30 million iPads and 59 million other products Apple sold last year were manufactured overseas.Why can’t that work come home? Mr. Obama asked Mr. Jobs’s reply was unambiguous. “Those jobs aren’t coming back,” he said, according to another dinner guest.The president’s question touched upon a central conviction at Apple. It isn’t just that workers are cheaper abroad. Rather, Apple’s executives believe the vast scale of overseas factories as well as the flexibility, diligence and industrial skills of foreign workers have so outpaced their American counterparts that “Made in the U.S.A.” is no longer a viable option for most Apple products.

That single exchange between President Obama and Steve Jobs summarizes the cumulative effect of the end of the Victory Culture. No only is America resigned to losing, its captains of industry are willing to tell President Obama to his face that it is no longer possible to win…..
How America went from a country which bestrode the world in 1945 to what one author called a post-Vietnam nation of “extraordinary losers” will puzzle historians far into the future.
Perhaps it can be summarized in one phrase. Think small and elect smaller.

If America wants to turn things around, it has to change the way it’s doing things. It needs to take a hint from one of America’s most successful companies: