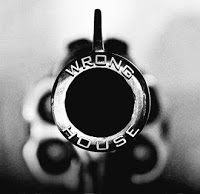 Facebook
Twitter
Pinterest
WhatsApp
Might Slow Joe take on Cuomo as VP?
I’m only asking because Cuomo is working the crisis, keeping himself 24/7 in the media spotlight, and because Biden is so clearly failing. The Biden quote of the week was made with the old, grizzled, harridans on The View.

“Are you at all concerned, as Trump said, that we cannot let the cure be worse than the problem itself,” asked the host.

Biden quickly responded, “We have to take care of the cure. That will make the problem worse, no matter what. No matter what. We know what has to be done,” said Biden.

Will Biden lose his mind COMPLETELY before the DNC convention? Many think that he has already lost it. The Democrats are trying to treat him with kid gloves, trying to coddle him until they can count votes, put him into office and then Article 25 him out of office for being mentally incompetent.
Cuomo is sort of a modern-day Mussolini, promising to make the trains run on time, a bully boy. After Joe has been wheeled off to catch COVID-19 at the nursing home, Andrew Cuomo could appoint brother Chris (Fredo) Cuomo of CNN fame as his vice president? It is a progressive vision of the future of the Democrat Party.
China is Working the Propaganda War 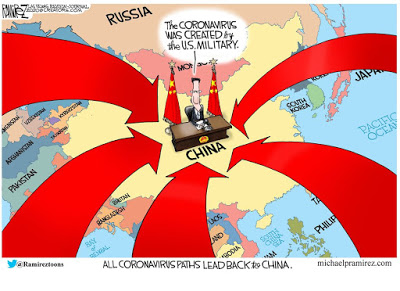 Is anybody buying it – besides CNN and MSNBC? One thing is certain. The news media is unhappy with anyone who calls it the Chinese Plague.