The Wolf Does Not Perform 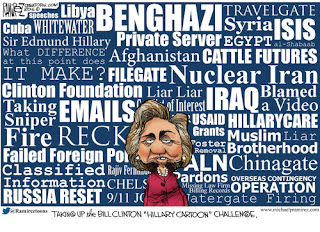 Hillary will work hard for YOU!
She was “dead broke” and earned $250,000 from Goldman Sachs for mumbling out a speech (text of same is secret) to managers there, which may have included Heidi Cruz, wife of Sen. Ted Cruz (R-TX), a Goldman Sachs executive. That’s how money is made in her universe. I’m still trying to find somebody that I can talk to about whatever for an hour and pull down $250K.

Everything is going well, pay no attention to that man behind the curtain.

The economy grew 1% in the second quarter and you know that those numbers are puffed by the Obama Administration.

(Fox News) Hillary Clinton comes up $2.2 trillion short in paying for her policy agenda, despite hiking taxes by $1.3 trillion, according to a new analysis of the Democratic nominee’s campaign platform.

Hillary plans to tax her way out of the hole that we’re in and that +1% will drop into recession very quickly no matter how they spin the numbers as we move into full 1984 mode. 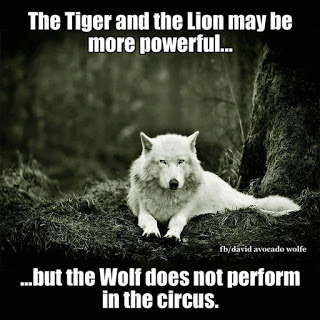 I set out my comments regarding the Orwellian issues on Adrienne’s Blog and they are also set forth below. She contends as do others that the system is completely rigged.

War is Peace, Freedom is Slavery, Ignorance is Strength. In an Orwellian society where the State controls everything, the concept of “doublethink” is critical. You see it on the mainstream news every single day. To master the concept of doublethink, ‘you must simultaneously accept two mutually contradictory beliefs as correct, often in distinct social contexts’.

In Orwell’s “Oceania”, the nation is constantly at war, and the population acts as though they are at peace, and they are able to switch from one emotion to the other based on what the Party asks them to do. Emotion is the key to doublethink. It’s also key to the black livesmatter movement. The police, who protect the protesters are also, at the same time, the very monsters who wish to destroy the flower of Afro-American manhood. It only makes sense if you have studied Orwell.

An understanding of Orwellian socialism is the key to making sense of Barack’s rambling prose.