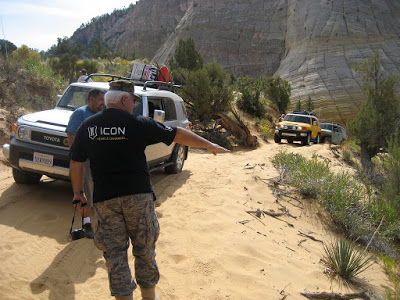 The formation is situated on the slopes of the Coyote Buttes in the Paria Canyon-Vermilion Cliffs Wilderness of the Colorado Plateau.

It’s not all that far from the Pink Coral Sands State Park in Utah, which is also worth a visit. You can take your quad there and run the dunes – bright pink sand.

The White Wolf Mine and the Mogollon Rim mark the very southern extension of the Colorado plateau. The Wave is farther north on the plateau, north of Grand Canyon. I’ve spent a lot of time in the general area exploring. “Technically”, you can’t drive in to The Wave. There is a walking trail and you need to hike it. That’s the official word from the Federal folks.

There is a back way in (lawfully), where you can get closer and make it a much shorter walk if you know the shortcuts. The shortcut brings you up from the south through Black Valley, and much of it has no recognizable ‘road’. 4×4 and high clearance rigs only, bring spare parts for when you break your ride. This country must have been hard on horses, because there is a lot of rock, and you’d wear out horse shoes on the surface (hot in the summer). If you’re running solo, bring a sat phone. 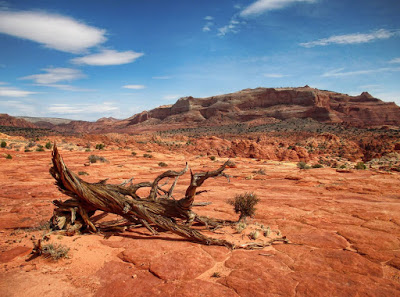 The vista can not fail to inspire painters and photographers. 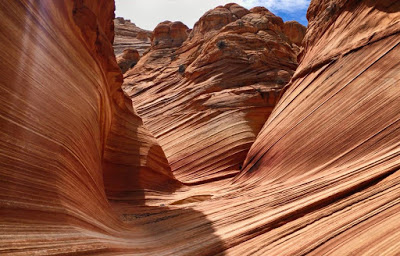 LSP, you need to take Juliette to The Wave
because it’s a mecca for art philosophers and
I would think for parsons as well. 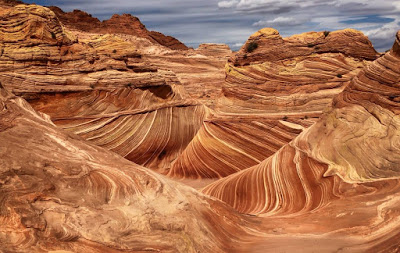 There are different components to The Wave and you
can walk them all in the course of a day if you bring
water with you. No lemonade stands here in this place. 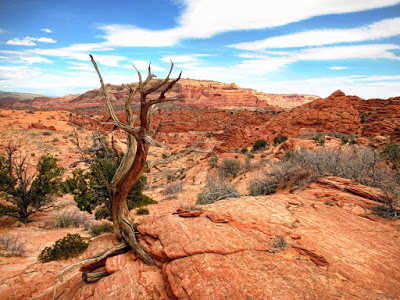 The walk into The Wave is a sermonette
all it’s own. At least it is to me. Your experience may differ. 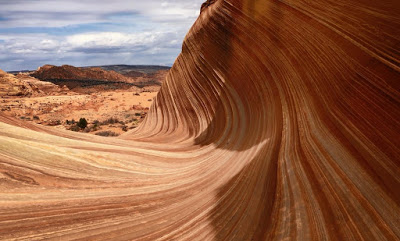 The area was sacred to the Piutes and to the Apache. It’s the
far northern range for Apache, far southern range for Shoshone
and the Utes. It was a place for medicine men to receive visions
in the years before whiskey dulled their senses.
Settlers came and tried to raise crops along the Pariah River
a day’s ride northwest from here – equally sacred ground. And
the Indians kept killing them off and burning them out. In time
they stopped settling in sacred ground. 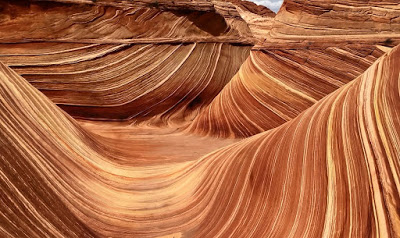 It’s a maze in its own right. That is
certainly part of the charm of the visit. 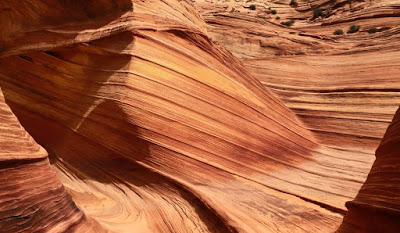 A long time ago, these were sand dunes. Then
they became rock. 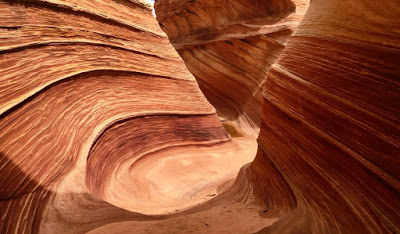 Your visit to The Wave can’t last
forever. The goal is to leave no trace.
The journey has a beginning and an end,
and if that’s a sermonette, so be it.