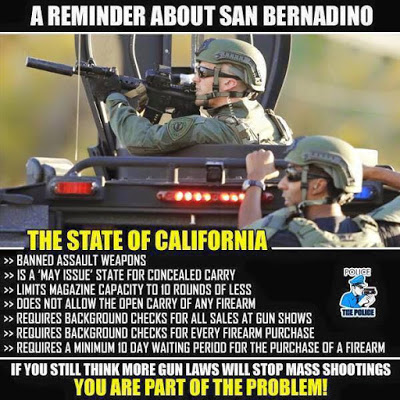 Facebook
Twitter
Pinterest
WhatsApp
Since I live in the general area of the recent terrorism attack and since they built a mosque down the street from my house, I just want to remind people what comes of Barack’s gun control dreams.

(1) Laws are only for the law abiding.
(2) One or Two armed people at the Christmas party would have changed the calculus of the attack and since it was one of their own who executed the attack, I know he would have thought twice.
(3) An armed society is a polite society.
(4) Free people should not have to ask permission to protect themselves.
— in a land where the good die young, beware the old man. 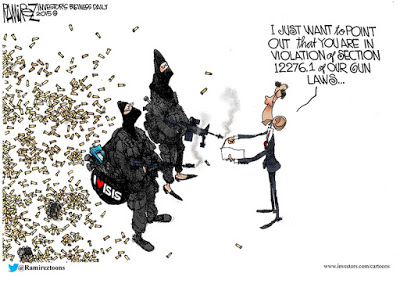