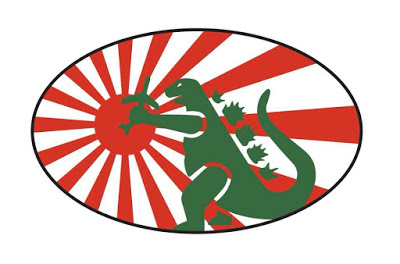 Facebook
Twitter
Pinterest
WhatsApp
Just about the time you thought that you may have human beings figured out, there comes the “Godzilla Lives Club”, comprised of people who spend some of their time on the planet wishing and dreaming that there actually was a Godzilla – coming to a beachside city near you. No, you can’t make this stuff up.

And I won’t waste anymore electrons discussing it. But this post should assure you that no ‘news’ is too insignificant for Virtual Mirage to cover.
The Wall
$1.4 billion set aside for funding the border wall passed through with the latest Congressional spending bill, far short of the $8 billion the administration requested. So construction on the wall will continue, as before, but slowly, as before. The good news is that Mexico stood up their army on their side of the border and they’re turning back a significant number of illegal aliens who embarked from whatever point origin, determined to end up here.
Winter Solstice
Today is the day that pagans get naked and dance under the moon, all in the name of faith.
I asked a pagan that I know to describe a Winter Solstice Party for me (actually for all of you) because I won’t be attending.

He said that he doesn’t go anymore because they’re BYOB events with potluck snacks and the women who attend are on average ten years older than he is have hairier arm pits and legs than he does. So much for the big night out. If you decide to attend a party, you’ve been warned.
The FISA Court 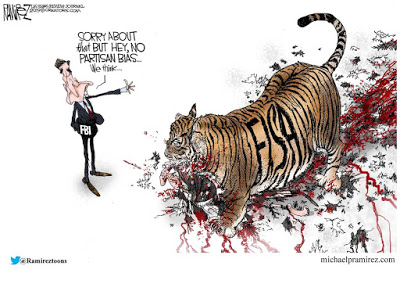 After having swallowed lies fed to the court by the FBI on more than just Crossfire Hurricane (the attack on the Trump Campaign – and insurance policy), as it turns out, the FISA Court is reviewing all of the crap that the Bureau has cooked up to get at “its enemies” — which may or may not be enemies of the USA.
And that’s really the problem isn’t it? Whose side is the FBI on? One would hope that it would be a dedication to acting under the rule of law, but that’s asking too much.
The court now wants the FBI to surrender the authors of these lies so that justice can prevail and they can be prosecuted for perjury. I suspect that the Bureau may offer up a sacrificial goat who is old enough to retire and the court will censure them. The pay back to the sacrificial offering will be a cushy corporate security job, paying mid six figures in Bali or Bermuda. The Bureau rewards its friends and the Deep State flourishes.
The Durham grand jury, empaneled and hearing witnesses may offer some clarification and indictments. We can hope.