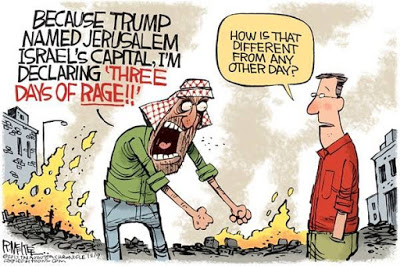 Facebook
Twitter
Pinterest
WhatsApp
I will be speaking to a mixed group of graduate students and prominent members of the community, some US State people in La Jolla (pronounced La-Hoya), California on Thursday on the future of the “nation” of Palestine. I’m speaking again later in the day on the subject of Boko Haram, currently killing Nigerians for fun and profit.

The topic and the fact that I’m bloviating on it shouldn’t surprise anyone. It’s a common topic and there are as many solutions to the problems as there are people to suggest them. I’m hardly an expert, but the people who are paying me, are doing so because I have an uncomfortable propensity to speak my mind. That’s rare in an academic environment and I’m sure that I’d be fired or would never achieve tenure – if I was an academic, and I’m not. The odd thing is the patron who is footing the bill – King Salman, the ruling monarch of the Kingdom of Saudi Arabia.
Traditionally, I’ve been a harsh critic of the Saudis, and a harsher critic of Iran. I think that the difference is that I have personally known members of the royal family and they feel that while I may be misguided, there are some threads that they want discussed. And they want some people taking notes, which is how they are being shanghai’d into sitting there and listening to my drivel. The Saudis also like the fact that I’m not a Jew and am not particularly pro-Israel as well. I like to think that there is objective truth in the region that everyone can agree on.
In the case of Boko Haram, I’ve been encouraging the Saudis to fund a Muslim-led effort to wipe them from the face of the Earth. It’s gaining some traction. I’ll let you know how things stand in a week or ten days.
Venue 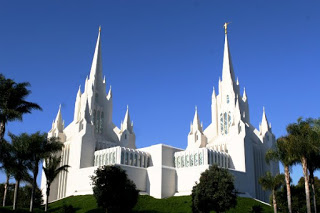 La Jolla is home to boutique universities, state universities, private conference centers and an LDS temple (right) that can be viewed from the I-5 freeway and looks very cool.
The city is ‘old money’ in the SoCal sense of ‘old’, which is not that old at all – old regionally.
Some of the Saudis that I know own racing stables just north of there in Del Mar. People who live in Del Mar, California are a bit weird even by California standards and are referred to as Del Martians.
And if this blog seems to be punching all over the map, I know it is.  Because this whole speech thing is strange, La Jolla is eccentric, and it has nothing what-so-ever to do with the White Wolf Mine, and I’ll be living there, in a month.