The Return of Hitler? 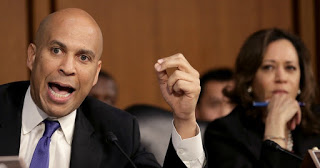 WASHINGTON, D.C.—As the confirmation hearings for President Trump’s SCOTUS pick Brett Kavanaugh began Tuesday, the leaders of the Democratic Party immediately turned up the heat on the nominee.

While several Democrats have simply questioned Kavanagh’s prior political opinions, a growing contingent within the Party is demanding that the nominee submit to a DNA test in order to prove that he’s not literally Adolf Hitler.

“History books claim that Hitler committed suicide by ingesting cyanide and then shooting himself in the head, but we don’t know anything for sure,” said Sen. Cory Booker (D-NJ). “Wouldn’t it be just like this president to choose Hitler to serve on the Supreme Court?” 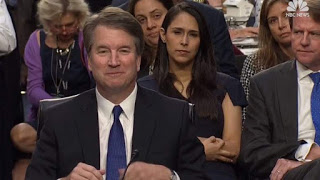 Zina Bash (a Mexican-American) seated behind the nominee, said to be giving a ‘white power’ gang sign.
When the US Senate approved Judge Kavanaugh’s nomination to the Washington DC Circuit Court of Appeals unanimously, they didn’t demand a DNA test. They want to set things right now.