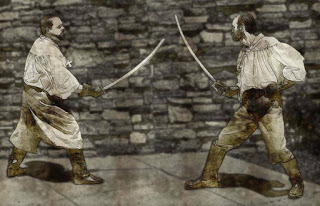 I made a comment the other day that in a more civilized time, I could call out an offending party, challenge them to a duel of sabers and kill them. Apparently, I was wrong (depending on whose rules you were using). The French had a lot of rules for duels. They are outlined below, in what the French called, a ‘trial by chance’. French rules called for an end of the duel at first blood. Therefore it’s incumbent to make the first blood wound fatal… French rules made a lethal wound unlikely.
Thus, there is no particular desire on my part to deal with French rules. Polish dueling rules (more on the order of “Butch Cassidy rules) seem to fit my personal interests more, but I think that you’d have to travel to Poland to execute the plan and that’s unwieldy.
Watching the confirmation hearings in the US Senate yesterday, I think that some of the conversation would have been more metered and possibly muted if Judge Kavanaugh could have called them out on the field of honor (I know, there isn’t any honor in the Senate) and we’d see who the cowards are. There was a time when cowardice was looked down on. I suspect that all that has changed in many circles today. 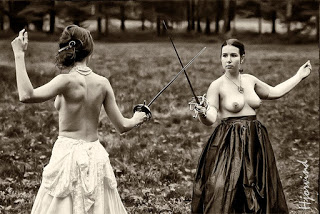