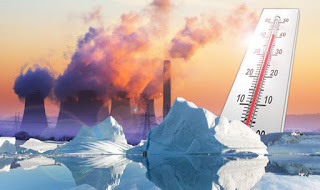 Facebook
Twitter
Pinterest
WhatsApp
We’re doomed, let’s face it. And it’s on the back of the United States to raise the trillions of dollars necessary to provide income redistribution to save the planet. You pay the weather tax or we all die young.
But the football has been kicked down the field (again) to 2035.

Predicting the end of the world has filled churches (and collection plates) for many centuries. The end of the Aztec Calendar in 2012 was fodder for this sort of man-generated hoax, as was the arrival of Y2K.
Al Gore, the progressive icon for settled science, said that much of the world would be wiped out in 2016 and received a Nobel Prize…that’s worth just as much as the Peace Prize awarded to Barack for being half black.
Climate alarmists claim in a newly published study that the world will reach a “point of no return” if there is no dramatic reduction in greenhouse gas emissions by 2035. “We show that there are strict deadlines for taking climate action,” said Henk Dijkstra, a co-author of the study (https://www.thedailybeast.com/climate-changes-point-of-no-return-is-now-2035-study). The news media is extensively reporting on the prediction, characterizing the study as ominous, yet the study serves as a refreshing reminder of how all previous predictions of climate deadlines and doomsdays failed to materialize.

In 1989 a United Nations senior environment official said entire nations could be wiped off the face of the earth if global warming was not reversed before the year 2000. (https://www.apnews.com/bd45c372caf118ec99964ea547880cd0)

In 2006 Al Gore wrote that “We have at most ten years—not ten years to decide upon action, but ten years to alter fundamentally the trajectory of global greenhouse emissions.” (https://www.forbes.com/sites/robertbradley/2016/09/23/climate-exaggeration-is-backfiring/#3cb2c5706ab0)

Also in 2006 James Hansen said the world had just 10 years to take “serious action” about greenhouse gas emissions or we would cross of “tipping point” of climate danger. (http://www.realclimate.org/index.php/archives/2006/07/runaway-tipping-points-of-no-return/)

In 2009 Hansen reduced the time he said we had to address global warming, writing “Barack Obama has only four years to save the world” from global warming. (https://www.theguardian.com/environment/2009/jan/18/jim-hansen-obama)