North Korea – Cause and effect 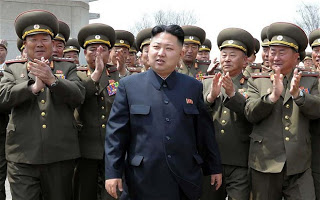 Facebook
Twitter
Pinterest
WhatsApp
It still appears likely that North Korea will launch at least one missile in the direction of South Korea and/or Japan/or Guam within the next few days. Preparations
point to a launch in honor of Kim Il Sung’s birthday on April 15. All of the targeted parties have vowed to shoot down a missile targeted at their territories. North Korea would then have the option of considering those defensive measures as acts of war.
The
launch site area, as reported in the press and confirmed by several sources, is
important because there is no direction to fire a long range missile from the
middle of the east coast of North Korea without overflying Japan or South
Korea.
There is a disconnect between the xenophobic philosophy of the North Koreans and the reality that the rest of the world sees clearly.  From a North Korean perspective, they should be allowed to do whatever they want to do without paying a cost that is measured as national humiliation.
President Obama has not been as clear as he should have been to the North Koreans. Bill Whittle (below) explains what the US President should be saying.