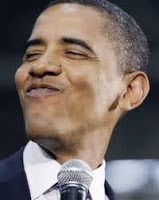 Facebook
Twitter
Pinterest
WhatsApp
ELECTION: I still think that the upcoming election will be a Trump/Rubio vs Kerry/Warren. Nothing in the past 24 hours has done anything but reinforce that opinion.

STATUS QUO: The Obama Administration has been working with Russia secretly to allow Russian reconnaissance aircraft to overfly the US. This is the first time that the matter reached the public, so I thought that it might rise to the level of interest here for you all.

(CBS News) Russia will ask permission on Monday to start flying surveillance planes equipped with high-powered digital cameras amid warnings from US intelligence and military officials that such overflights help Moscow collect intelligence on the United States.

Russia and the United States are signatories to the Open Skies Treaty, which allows unarmed observation flights over the entire territory of all 34 member nations to foster transparency about military activity and help monitor arms control and other agreements. Senior intelligence and military officials, however, worry that Russia is taking advantage of technological advances to violate the spirit of the treaty.

Russia will formally ask the Open Skies Consultative Commission, based in Vienna, to be allowed to fly an aircraft equipped with high-tech sensors over the United States, according to a senior congressional staffer, who spoke on condition of anonymity because the staff member wasn’t authorized to discuss the issue publicly.

The request will put the Obama administration in the position of having to decide whether to let Russia use the high-powered equipment on its surveillance planes at a time when Moscow, according to the latest State Department compliance report, is failing to meet all its obligations under the treaty. And it comes at one of the most tension-filled times in US-Russia relations since the end of the Cold War, with the two countries at odds over Russian activity in Ukraine and Syria.

The results of conversations between the US and Russia will no doubt be SECRET, and kept from the public even though the Obama Administration promised to be, “the most transparent in history.” Therefore, it may be appropriate for you to raise the middle finger of either or both hands (if you’re from the US – different gesture in the UK and elsewhere) toward the heavens when you leave your home.
There are some who might feel that such a display of vulgarity is inappropriate when you consider that the president’s closest advisors came from communist families (Jarrett and Axelrod) as did he. {Father, mother and maternal grandparents who raised him as well as the honorary “Frank Davis  (Uncle Frank) Marshall”}
I’m not suggesting the Russia today is communist, but I’m sure a lot of the old, warm and tender feelings between Barack and Putin remain:
A lot of how you interpret all of this has much to do with your personal level of trust in this administration to do the right thing. Some of you may quote the former SECSTATE and she who would be queen, “What difference does it make?”