Home Blog Post Obama –...
Facebook
Twitter
Pinterest
WhatsApp
I’m more or less copying PUMA’s post (a massive h/t to PUMA). This book is suggested reading for your children. It will accompany Dear Leader’s televised presentation on September 8th. I’m sure it will be required reading in many schools.
It’s so absolutely bizarre — you simply can’t make this stuff up. Dear Leader essentially is painted as s cross between baby Jesus and baby Mohammad.
THIS IS A REAL BOOK, NOT A PHOTOSHOP HOAX
(see link below to order) 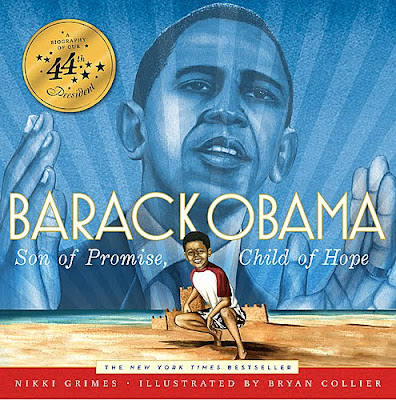 Ever since Barack Obama was young, Hope has lived inside him. From the beaches of Hawaii to the streets of Chicago, from the jungles of Indonesia to the plains of Kenya, he has held on to Hope. Even as a boy, Barack knew he wasn’t quite like anybody else, but through his journeys he found the ability to listen to Hope and become what he was meant to be: a bridge to bring people together.

His mama, white as whipped cream; his daddy, black as ink… 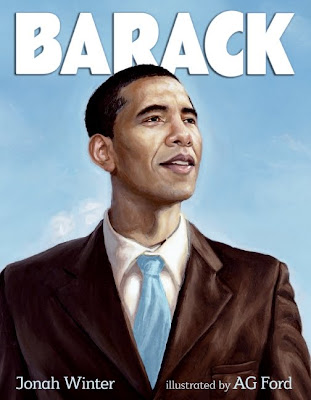 When Barack wasn’t studying he liked to jog along the Hudson River. He couldn’t help but notice the river of hurt and hate and history that separated blacks and whites. Being both, he could not take sides. Don’t worry, said Hope. I will be your bridge. In time you will be the bridge for others.

but that’s not all, there’s more:

When his classes came to an end, he raced to Chicago to join hands with the church, to learn new lessons: Not how to be black or white, but how to be a healer, how to change things, how to make a difference in the world.

of course, no book about Vladimir Lenin would be complete without talking about his days in the trenches as a community organizer:

The work was grueling, with stretches of failure, and puny patches of success. Door-to-door Barack went, early mornings, late nights, pleading and preaching, coaxing strangers to march together, to make life better for everyone. He worked hard as a farmer, planting the words “Yes, we can!” like seeds in spring.

but that’s not all, there’s still more good stuff:

Before Barack chased his future, he visited his past, traveling to Kenya to find his family, his father’s bones, and his own place in the circle of Africa…Finally, Barack knelt in the soil at his father’s grave, listening to the still, small voice that spoke to his heart: Go now. Fly free. Become the man you were meant to be. Live in hope.

Having gotten the blessings of his father’s spirit, Barack set forth…

Hope may be slim and beautiful, but she is no weak thing…[Barack] proved it again when all of Washington, D.C., wondered what this skinny kid with the funny name could offer a nation in need. But the hope that lived in Barack burned bright, and on the night he became a senator, everybody felt the flame.

but that’s not all! He had a date with destiny, and:

One sun-drenched day, as his wife Michelle stood by, Barack smiled on a sea of faces from Wichita to Waikiki. He saw whites and blacks, rich and poor, Christians and Muslims and Jews; he saw the ghosts of his parents, of Gramps and Toot, of Martin Luther King, Jr. and JFK. And on that special day Barack was the bridge that held them all together. “I want to be your president,” he said. “Can we make America better? Can we work together, as one?” With a single voice the crowd called out, “Yes! We can!”

My family will not
join the Obama Cult