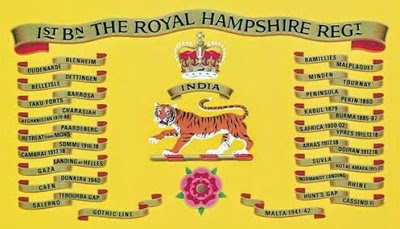 LL Commentary: Wars are rackets. They’re fought for a number of reasons, among those are the need for LONG wars so that those supplying food and equipment can enrich themselves by doing the supplying. Congressional lobbies have long been established for that purpose. As a practitioner of war, I prefer, short, violent, decisive, kinetic conflict where casualties are few, costs are low, the enemy is brought to heel and the world can move on. That is not the general concept in America, despite assertions to the contrary. History is replete with examples.

Why build inexpensive but highly effective A-10 Thunderbolt 2 aircraft when you can build generally ineffective fast movers like the F-35’s at five times the cost? You take my point. Ground support aircraft can’t be stealthy because they need to move slow and people can see them. The point is lost on the Air Force, who doesn’t want to give the A-10’s to the Army or Marines because of prerogatives…

Rant: History has also taught that it’s an exceptionally bad idea for foreigners to interpose themselves in a blood feud. The recent Iraq War, the Balkan Conflict and the US involvement in Somalia is instructive.

The British thought to interpose themselves in the American Civil War/War of Northern Aggression on the side of the Confederacy (see: Scarlet and Gray: A History of the British Secret Service in the American Civil War by LL, out of print). The death of Prince Albert, who favored the intervention, sent Queen Victoria into mourning, thus ending the initiative. The Brits are better off for staying out of that one.

Back to the subject of war, and one example of winning on a very small scale by people who felt that they had some skin in the game.

Context and precedence: In January 1886 the British annexed Upper Burma. In the ugly campaigns to suppress Burmese resistance which followed there were continuing casualties among young officers.

By 1888, the pacification of Upper Burma, so successfully occupied the previous November, was not proceeding according to plan. Resistance took the form of ambush and sniping, with officers as prime targets. In early June the CMG ran a report that a Lieutenant J. L. O. Armstrong of the Hampshire Regiment and another officer had been shot by unseen snipers as they took an evening stroll outside Mandalayís Fort Sagaing. The response of the native infantry who served under the officers provided grist for Rudyard Kipling’s poem, The Grave of the Hundred Head.
The Indian sepoys who served the British army in the late 1880’s had a rational take on what measures would solve the present problem, teach a lesson to those who were creating the problem – and get some pay-back in the process. Kipling was a journalist, reporting on the war. Take a moment and read the Grave of the Hundred Head. The annotations are mine.
The Grave of the Hundred Head

There’s a widow in sleepy Chester
Who weeps for her only son;
There’s a grave on the Pabeng River,
A grave that the Burmans shun,
And there’s Subadar Prag Tewarri
Who tells how the work was done.

A Snider squibbed in the jungle,  (Snider-Enfield Rifle)
Somebody laughed and fled,
And the men of the First Shikaris
Picked up their Subaltern dead,
With a big blue mark in his forehead
And the back blown out of his head.

Subadar Prag Tewarri,  (Subadar is a warrant officer/junior officer)
Jemadar Hira Lal,         (Jemadar is a native rank junior to a subadar)
Took command of the party,
Twenty rifles in all,
Marched them down to the river
As the day was beginning to fall.

They buried the boy by the river,
A blanket over his face–
They wept for their dead Lieutenant,
The men of an alien race–
They made a samadh in his honor,
A mark for his resting-place.

For they swore by the Holy Water,
They swore by the salt they ate,
That the soul of Lieutenant Eshmitt Sahib
Should go to his God in state;
With fifty file of Burman
To open him Heaven’s gate.

The men of the First Shikaris
Marched till the break of day,
Till they came to the rebel village,
The village of Pabengmay–
A jingal covered the clearing,  (Jingal is a native cannon)
Calthrops hampered the way.  (calthrops are spikes that were used to slow infantry)

Subadar Prag Tewarri,
Bidding them load with ball,
Halted a dozen rifles
Under the village wall;
Sent out a flanking-party
With Jemadar Hira Lal.

The men of the First Shikaris
Shouted and smote and slew,
Turning the grinning jingal
On to the howling crew.
The Jemadar’s flanking-party
Butchered the folk who flew.

Each man bearing a basket
Red as his palms that day,
Red as the blazing village–
The village of Pabengmay,
And the “drip-drip-drip” from the baskets
Reddened the grass by the way.

They made a pile of their trophies
High as a tall man’s chin,
Head upon head distorted,
Set in a sightless grin,
Anger and pain and terror
Stamped on the smoke-scorched skin.

Subadar Prag Tewarri
Put the head of the Boh
On the top of the mound of triumph,
The head of his son below,
With the sword and the peacock-banner
That the world might behold and know.

Then a silence came to the river,
A hush fell over the shore,
And Bohs that were brave departed,
And Sniders squibbed no more;
For the Burmans said
That a kullah’s head   (Kullah, a British officer)
Must be paid for with heads five score.

There’s a widow in sleepy Chester
Who weeps for her only son;
There’s a grave on the Pabeng River,
A grave that the Burmans shun,
And there’s Subadar Prag Tewarri
Who tells how the work was done.