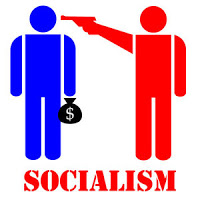 Facebook
Twitter
Pinterest
WhatsApp
Where do free cell phones come from? How do you get your free Obama Phone?
Here is a (viral) video of an Ohio voter who is the recipient of President Obama’s largess (with your tax dollars). Some people would call it buying votes. I leave it for you to decide.

The Lifeline program was established in 1984 with the best of intentions to subsidize landline telephone service for low income Americans. The government funded Lifeline by collecting telecommunication fees from consumers. If you look at your telephone bill you’ll see the Lifeline excise tax. That’s the money that goes to the happy Obama supporter (above) who enjoys using her free cellular telephone with free service.
In 2008, the government expanded Lifeline to include cell phones under a fairness doctrine. The program’s cost rose to $772 million in 2008 and by 2011 the excise tax for Lifeline was at $1.6 billion. It will be higher in 2012 but fear not, people like the lady in the video above thank you for the freebie.

In some instances, the government is handing out multiple phones to the same people. And there’s no national tracking system keeping tabs on who’s enrolled—or whether participants even qualify. (Businessweek)

A 2011 audit found that 269,000 wireless Lifeline subscribers were receiving free phones and monthly service from two or more carriers. Several websites have been created to promote “free” government cell phones, including the:
Obama Cell Phone website at Obamaphone.net.
When you visit Obamaphone.net, you’ll see how easy it is to sign up and receive your free telephone courtesy of President Barack Obama (and his concern for you). You don’t have to qualify, just fill out the form and your free cellular telephone is on its way to you. However to be sure to keep your free Obamaphone, you should consider voting for Barack Obama for President. If the other guy gets into power some of these free benefits provided by Barack Obama personally to you may be in jeopardy.
If somebody tells you that it’s paid for through an excise tax, call them a racist. That will shut them up.
Pressure to reform the program led the FCC to announce an effort in February to “reduce the potential for fraud while cutting red tape for consumers and providers” by the end of 2013.