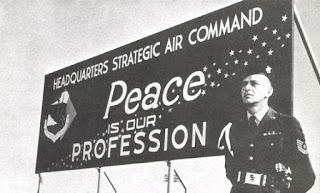 I think that the placement of the US Embassy in Israel is a matter that can only be decided by Israel and the USA. The Mohammedans don’t have much to say in the matter.  We shouldn’t pay much attention to them in my opinion. And if they want to attack the US, I’d refer them to the term Arc Light.

Israel defeated the Palestinians two generations ago. They won fair and square.

I am not saying that I’d be in favor of bombing innocent citizens into the stone age. You can drop leaflets the day before and ask them to move before you turn their fetid ghetto cities into brick dust. 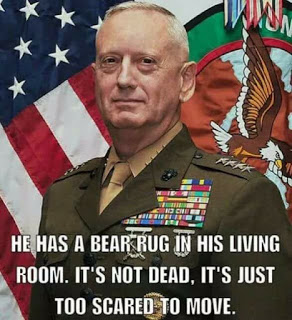 3 B-52’s in an arrowhead formation can completely wipe out an area 1 mile x 1/2 mile. Take it from one who’s seen it from an unsafe distance. It’s like the maw of hell opened and swallowed the place. From there it’s just a matter of sorties, and how many bombs you have in inventory. (when we’re done there, we can move east and do the same thing to ISIS) Expensive bombs are not necessary. Iron gravity bombs will do. Then it’s just a matter of how many sorties it will take to make the Palestinian homeland look like the surface of the Moon. Do I sound too bellicose? —sorry (not really)

Times have changed in the US and we don’t have corrupt, timid, metrosexual leaders anymore who fear to utter the words, “radical Islamic terrorism”. The present doctrine is to ERADICATE them – which means to kill them and all who support them. I don’t know if the Palestinians believe that. We’ll see, won’t we?

Fatah is a political party and terror organization.

Hamas, which operates as the ruling party, calling the shots with the elected government in power in Palestine today is a terror organization.

Sub rosa: (The Palestinian terrorists don’t like you to say “Ham As(s)”. That’s politically incorrect. You have to say it as one word, Hamas, which is not a delicious paste made of chick peas, garlic and spices that you scoop up with pita bread – don’t confuse these things, or they will kill you. They may kill you anyway, but these things really make them mad. Particularly the Ham As(s) reference because pigs are unclean and it means that they have dirty asses – which they likely do, but —- you get it, right? Nobody asked you to refer to members of Ham As(s) as a bunch of pigs butts. Some have opined that they don’t eat bacon because it would be a form of cannibalism. I have no opinion on the matter.)

Defining MORE Terms – and I’ll keep doing this until you get it right.
There may be a quiz:

The terms “all means,” “peaceful uprising,” and “popular uprising” are often used by PA leaders to refer to events that include violence and deadly terror against Israeli civilians such as rock-throwing, stabbings and even shootings. See Mahmoud Abbas’ reference to murderous terror as “peaceful” during the 2015-2016 terror wave (“The Knife Intifada”), which included numerous stabbings, shootings and car ramming attacks in which 40 people were killed (36 Israelis, 1 Palestinian, 2 Americans and 1 Eritrean) and hundreds wounded.

Angry Pronouncements Yesterday – Which are the same pronouncements that they put out darned near every day – since I started paying attention to this clown parade about forty years ago.

Deputy Secretary of Fatah in Jerusalem, Shadi Mattour: “We in Fatah, at all levels of the movement and the leadership, have said that this is a declaration of war, the collapse of the peace process, and that it will cause an explosion in the street. Fatah has begun a series of meetings with all of the field leaders at the branches, in Shabiba (youth movement), and all its offices, in preparation for a fierce popular intifada if this decision is carried out. We won’t be embarrassed or hesitate to take to the streets and return to confronting the occupation using all means (i.e., including violence) if this decision is implemented. If the embassy is moved, we think that America and the entire world will be witness to the collapse of the peace process and instability, and not only in Palestine. Yesterday, Fatah said in a statement that this will cause an explosion in the entire world.”
[Official PA TV, The Occupied Capital, Jan. 24, 2017]

This should surprise you all! The American corrupt, smug, progressive, elite mainstream media and the former American regime led by Barack Hussein Obama were pro-Palestinian. Barack tried to get them $211 million to buy better weapons the day before President Trump took over, but the money never moved. Insh-Allah.