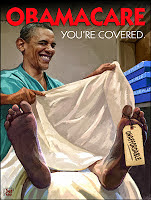 Let it be implemented!
Allow the American public feel the pain of hope and change. Allow them to show their gratitude to the Democratic Party for ramming it down the throats of the nation. The Republican Party has acted in the nation’s best interests in an attempt to repeal this train wreck with all due warnings and attempts, but Obama wants it and so do his minions. Let them have it, and I hope that the public enjoys those $12,000 deductibles (California) on top of high monthly payments.
Forbes came out with an interesting report.

A growing consensus of IT experts, outside and inside the government, have figured out a principal reason why the website for Obamacare’s federally-sponsored insurance exchange is crashing. Healthcare.gov forces you to create an account and enter detailed personal information before you can start shopping. This, in turn, creates a massive traffic bottleneck, as the government verifies your information and decides whether or not you’re eligible for subsidies. HHS bureaucrats knew this would make the website run more slowly. But they were more afraid that letting people see the underlying cost of Obamacare’s insurance plans would scare people away.

Remember the past. Recall that Obama and his regime are first and foremost LIARS. The “Affordable Care Act of 2010” is not affordable. It will raise rates across the board as rich insurance companies become just that much richer.

Unhappy that your work week hours were reduced to 29? Chalk it up to hope and change. 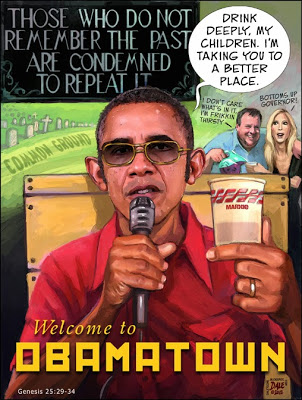 Socialized healthcare is not only about “social justice”. It’s about control over you and every aspect of your lives.


Alaska’s not drinking the Kool-Aid. According to the Anchorage Daily News, In the two weeks since ObamaCare went live, not a single individual in the entire state of Alaska has signed up.

Congress is not drinking the Kool-Aid. Well of course they aren’t. They’re exempt. How convenient is that? They don’t need to worry about the provisions of ObamaCare impacting their precious lives.