The New Battle for the Atlantic (book review) 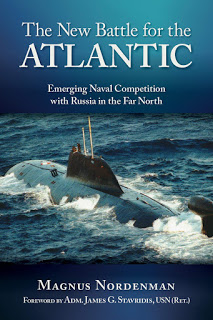 The book begins at the beginning of modern conflict in the North Atlantic and despite my fear that the historical review would be a re-hash, it was not. The author built a historical foundation for the situation in the North Atlantic based on a review that was not too overarching and didn’t get caught up in the granularity of specific historical events in an untoward manner.
It’s a difficult book for anyone who has had a security clearance to write because so many of the modern events that took place in the North Sea were classified, and to the best of my knowledge, remain so. Thus my reading was also an exercise in reflection on what were closely guarded secrets.
I was not a part of the submarine service in the North Atlantic, nor was I part of the Anti-Submarine Warfare community which plied its trade endlessly in what was a Cold War and what seems to be emerging as a much smaller cousin of that war.
Much of Part 3 of this work: The Return of Competition in the North Atlantic, the Fourth Battle of the Atlantic, and The North Atlantic in the 21st Century becomes a matter of interpretation as much as a fact. We can all read tea leaves, cast chicken bones and examine the position of thrown runes to try and make sense of Russian  Federation’s resurgence from the days of the Cold War and the old Soviet Union. We can likewise look at the German Navy rotting at the docks and NATO’s spotty interest in defense. The British don’t even have Maritime Patrol Aircraft (MPA’s) anymore, though I’ve read that they’re in the process of acquiring US made Poseidon MPA’s. 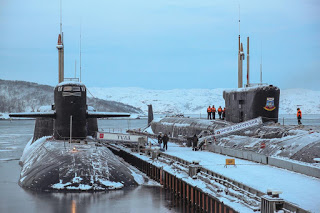 Is Russia an existential threat to Europe, the United States and the rest of the world? Does it have the capacity to do more than cause mischief to NATO? The book explores these and other related questions in detail in the last third of the book in a methodical, but not boring way.
This is a book review, not a polemic on my personal views, but I will admit that Nordenan caused me to reflect on American naval operations in an age of sustained forward operations and limited time in repair activities. Where should the focus be in a dangerous and multi-polar world? Clearly we should not write off the North Atlantic even in the face of other needful priorities.
The Naval Institute Press has a history of publishing insightful books on Naval topics and of Naval interest. This is yet another that is worth the time to both read and ponder.