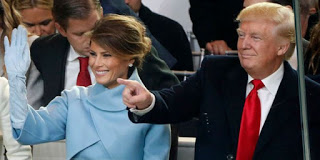 Facebook
Twitter
Pinterest
WhatsApp
Commentary: The Search for Truth
Many Americans searched for truth during this last election cycle and didn’t find it in the Democrat Party’s hirelings and marchers. Most Americans don’t countenance the corrupt or the Satanic. Progs heap adoration on them. They didn’t find truth in the polls circulated by the smug, rude, obnoxious, churlish, corrupt, progressive, elite mainstream media. And they abandoned party for populism, which didn’t please the Republican RINOs (including Jeb!, who felt that as a legacy candidate, he had the ‘right’ to be the Party’s choice).

Instead of the absolute truth based on reason, logic, and revelation, we have absolute political correctness. An honest man bows to the truth, because a truthful man is humble. Political Correctness is based on the power of the establishment to control the narrative, silence dissent, and stir up mob violence to intimidate. A politically correct man bows to the powerful because he has the heart of a slave.

The Trump administration is trying to keep promises and to change the conditions in America that so many voters found odious. President Trump is faced with the whirlwind of power and responsibility that he’d never previously experienced in a landscape where politicians wish to destroy him.  But the truth is that the nation needs him. Can you imagine were we would have been with Hillary, Bernie or Jeb! in charge? (shudder) The mainstream media would have been out there running interference for them, but the country would have inched further toward insurrection. Be happy that the will of the people was made known and that the transition of power worked – even though that road was a little bumpy.

Things changed in the US and the political elites still refuse to acknowledge that. The next few election cycles will be very interesting to watch. Or the American heart will die and we will be subsumed by those beasts who would swallow us whole. 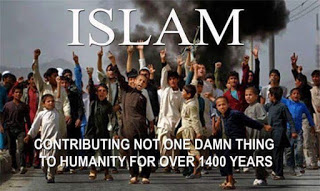 The search for truth requires that we see Islam for what it is – a political system that still exists in a closed loop from 600 AD, which will not compromise with basic human values no matter how low the West bows to it. The Islam of today is substantially the same as the Islam at the time of Charles Martel, when he drove them back from Europe. Their treatment of women, their enslavement of people within their spheres of influence (see ISIS, Iran, etc.), their practice of stifling truth and their preference for dogma. 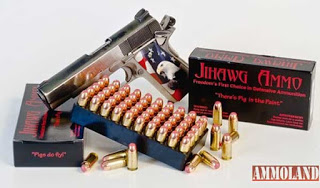 A friend of mine in Denmark boasted to me yesterday that his church has reserved a room for the local Muslims to pray in. I asked him if he could hold a Christian service in a Mosque in Denmark…crickets. He suggested that I take a pill. I replied that dipping a bullet in pig fat (JiHAWG ammo – peace through pork) brings about a more satisfying result. He’s still my friend, but we share different values these days.  — An American expat who went native. Heart of a politically correct slave? Sadly, I would have to say that’s where he ended up.

(Note: JiHAWG went out of business but I laid in a supply before they did) 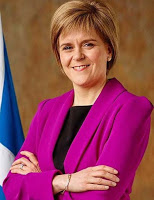 Meanwhile in the UK, the First Minister of Scotland, Nicola Sturgeon (who looks retarded/mentally disabled/damaged by fetal alcohol syndrome/or whatever but she can’t be as stupid as she looks, can she?), is pushing for the UK to eliminate its nuclear weapons and “embrace peace” as part of a program to make the island nation more irrelevant.
Balancing the desire to embrace peace and to disarm must mean that Sturgeon is hoping that somebody else (possibly the US or maybe France) would extend its umbrella over the UK.  National suicide could be aided and hurried along by relocating millions of Muslims from their fetid slums in the deserts to Great Britain and offering them all welfare at public expense.
Sturgeon, a self-described feminist, wouldn’t do well under Sharia, but if she was wearing a burka, we couldn’t see that goofy face and one can only wonder if losing control of their nation will be worth not having to see Sturgeon again.
The truth is that there is no way to live at peace if you are unarmed, and there is no way to co-exist with Islam if they come close to outnumbering you. You’ll either convert or you’ll be killed or enslaved. That’s Islamic doctrine and we can see it at work in many miserable nations. France seems to have learned their lesson the hard way.