The Mysterious Case of Seth Rich 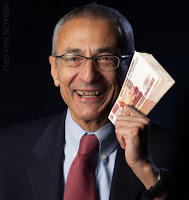 Facebook
Twitter
Pinterest
WhatsApp
Was Seth Rich, former DNC staffer the source of information to Wikileaks? Somebody should ask Hillary Clinton or John Podesta. I’m sure that they know the answer. I don’t know how long Podesta would last on a water board but my hunch is ‘not that long’. He never served in the military and never went to SERE and hasn’t been trained to resist ‘enhanced interrogation’.
If it was Rich who tipped off Wikileaks and sent them John Podesta’s incriminating e-mail that illuminated some of the corruption within the Clinton Campaign, it would let the Russians off the hook — at least to some degree. The Russian government is denying that they leaked John Podesta’s e-mail to Wikileaks.
If Hillary Clinton was behind Seth Rich’s murder, it wouldn’t exactly be the first time there were whispers that she had one of her disloyal staffers eliminated. In fact, to many cynics, it would hardly be news at all. The typical response might be, “another one?”
Read more here.

(Fox News) One reason for the speculation that Rich may have leaked DNC emails to WikiLeaks is that Assange offered a $20,000 reward leading to the arrest of the killers. That sum, added to Republican lobbyist Jack Burkman’s $100,000 reward and the D.C. police’s $25,000, tally more than any other reward offered in such a case in the nation’s capital.

During an Aug. 9 interview on Dutch television and in subsequent media interviews, Assange implied that Rich was killed because he was the WikiLeaks source of emails from top DNC officials showing they conspired to stop Sen. Bernie Sanders of Vermont from becoming the party’s presidential nominee. That controversy resulted in Debbie Wasserman Schultz having to resign as DNC chairperson.

“We’re interested in anything that might be a threat to alleged WikiLeaks sources, Assange later told Fox News Channel.

On the morning of his death, Rich had left his favorite watering hole, Lou’s City Bar, about 1 a.m. to walk home, something that normally took 20 or 30 minutes. He tried twice to call his father, who had gone to sleep. He then called a fraternity brother and after that had two separate conversations with his girlfriend, Kelsey Mulka. Around 4:17 a.m., when Rich was about a block and a half from his home, his girlfriend heard other voices over the phone but was reassured by Rich that he was nearly home. Two minutes later, Rich was shot multiple times. Rich died at a nearby hospital.

Security footage from a nearby market showed two men following Rich through a crosswalk by his home moments before he was shot, FoxNews.com has learned. The camera only captured the assailants’ legs and Rich after he was shot and fell onto the street.

Police said Rich, who was shot twice in the back, was likely the victim of a robbery, though nothing of value, including his wallet, phone, keys, watch and gold necklace, were stolen.

“The Metropolitan Police Department is committed to bringing the person or persons responsible for Seth Rich’s death to justice, D.C. police told FoxNews.com in a statement. “As we mark the six-month anniversary of his death, we urge anyone with information to come forward and help bring his family the answers they deserve.”