The End of Cynicism? 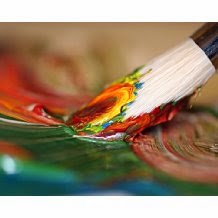 Facebook
Twitter
Pinterest
WhatsApp
A blogging friend (cynic with attitude) suggested that the only practical way to view other people is as demonic reprobates with an agenda…and I said to myself, “that describes me perfectly”.
I was in a business meeting with about a dozen and a half people last week. One of the people present was from Florida. During a lull in the action, I asked him if he was into SCUBA and he said that he was. He explained that he was about one year old when they moved to Florida and he hasn’t been out of the ocean since then, 1976. I said, “I was a frogman, killing people for a living back in ’76. I guess that I should feel old.” He made a point of reminding me that he didn’t call me old. One of the other people in the meeting took exception at my (accurate) statement and suggested that I’m a demonic reprobate with an agenda.
Wow. People on two continents agree…
So what happens when being a cynic isn’t cynical? I mean, it isn’t if you’re simply stating the obvious, it’s not cynicism, is it? Most of my political mutterings aren’t the least bit cynical.  What happens when fact-checking is simply “scientific observation” instead of rampant cynicism?

Thus I plan to blog with a few stories while I’m on the road. Some you may like, others you may like better. I hope that you don’t think that any of them aren’t worth the time it took to read them and that it’s just five minutes of your life that you’ll never get back.

They begin in earnest tomorrow.

The Opportunist
It was clearly not the best of times, and it’s been suggested that while it was not the absolute worst of times, it was not far off. The Black Death struck, swept like wildfire and in many towns everyone succumbed. The lucky survived the symptoms and some didn’t get sick at all.
The age was one of absolute faith, stunning brutality, bottomless greed, pitiless cruelty, venal treachery, rampant warfare, low politics and boundless personal ambition, which is to say, it was no different than our age with the exception of emphasis on faith.
The mendicant friar crept from his daub and wattle cottage surrounded by lofty oaks by the side of a brook. He looked high on the hill to the manor home, surrounded by mot and bailey. There had been no activity for a week with the exception of ravens that flocked to the building like a black undulating carpet that ebbed and flowed over the fortress.
The village had been swept clean with the exception of John Butcher’s wife and the family of William the Smith, whose forge was dark these days. Three hundred twelve souls lay beneath the sod and there could be no explanation except that the judgment of God had been poured out on the land. He and William buried them all over the last month.
Today he, Francis the friar, took stylus and a large slate and walked to the humble church where once Monk Philip of Bathgate preached a sermon of repentance before he succumbed to the plague himself. Perhaps his personal reconciliation with God had not been sincere, or how else would Jesus have sent the destroying angel to his door.
Francis Friar took off his course sackcloth, stood naked to the world and scratched a verse in the slate. All who viewed his text would consider it heretical, but the world had changed and his devotion to God and devout vows of poverty slipped. There was so much wealth left behind by the departed that he had only to take it and it would be his.
“You vowed to live a holy life, too late, your vows and plaints to plaster saints did not avert your fate.”
When he completed the verse, he dropped his stylus, and walked up the hill to take ownership of the master’s castle. He had been reborn in the midst of the great dying. The next clothes that would drape his form would be of silk and brocade. He was alive because God had chosen him to inherit the earth.