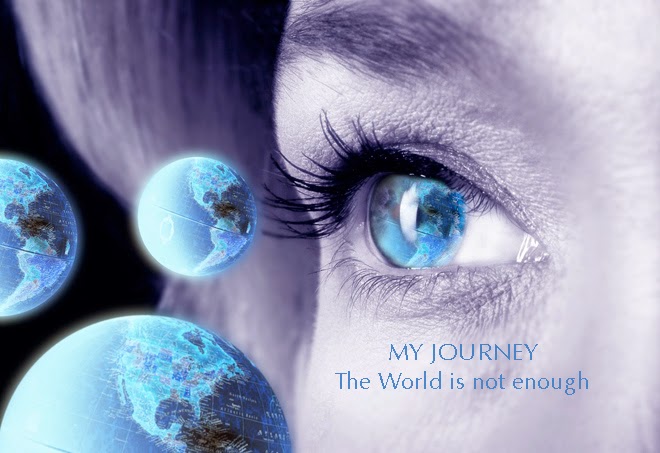 Facebook
Twitter
Pinterest
WhatsApp
A non-sequential series of fictional shorts:
Passion
The origin of her passion seems hard to pin down. Some attributed it to an underprivileged childhood in the poorest part of a poor state. Others suggested it resulted from a previous life where karma earned put her in this very place, at this very time based on the merit of her actions. I can’t discount the relative value of either position, but I suspect that she was driven to be loved by that inner force that impels us all. Except in the case of Susan Brock, it was the same sort of gnawing, boring creature that lives in the soul of an alcoholic or an arsonist. Her passion was compulsive, far beyond her own control, and she focused it on art and sculpture.

Her finest work was also her most controversial. Portraying Jesus Christ as a man of ordinary stature and demeanor instead of the chiseled, or gaunt features favored by Renaissance masters. Her efforts earned her the derision of the clerical community, particularly since they commissioned the work and paid her far in excess of what was reasonable. How, they asked themselves, could such a gifted artist go so far wrong in portraying their glorified savior as a common man with a common touch?
Another painting in the lobby of the sports center had been torn down. She never finished it, but I had seen part of it while it was in the process of being painted. Her eye captured the essence of modern professional sports. The athletes were bloated, parodies living decedent lives, indulged and pandered to with the enthusiasm of adoring crowds and parasitical agents and promoters who both created and lived from the hype. When I saw it, I was awed by the scope of the emotions that she evoked. It was in its own way, the ceiling of a Sistine Chapel, but it was also an indictment of the system, cutting completely to the quick. Did she think she could pull it off? At least that was what I asked myself when I gazed at the huge mural under construction. The answer, of course, is that she didn’t care what anybody else thought. Genius, like water, seeks its own level.

The move began on Martha’s Vinyard in one of those large estates that spilled out onto the ocean. It once belonged to a Kennedy but was bought by a software tycoon with a fondness for liberal politics. My invitation came circuitously, hand delivered by a former colleague who people thought I might have liked and trusted. I attended out of curiosity. White tie affairs can be stuffy but in probing the guest list surreptitiously, I found half a dozen beautiful, noteworthy women who were widely renowned as nymphomaniacs. Though I didn’t intend to partake, the social dynamic was bound to be more interesting than the usual gathering of rich and powerful people.

I arrived in an airport rental, a Honda, and the valets nosed it in among the Bentleys, Bugattis, and Ferraris. They gave me an odd look when I asked them not to scratch the car.

Those who wished to get my attention probed at the party, where drunk movie stars and politicians groped the willing nymphs. Older society dames, mutton dressed up as lamb, tried to cut a sharp young man out of the herd. Waiters circulated with expensive champagne. I kept my back to the wall and just took in the scene. The opening was somewhat elegant for them, an attack du fer with a balestra. Mike Anderson, Deputy Director of Central Intelligence saddled up next to me and said, “Who invited you?”

“I thought the invitation strange because the couple that threw the soirée hardly knew me and we moved in completely different circles. I came because I heard that Susan Brock would be here and I wanted to meet her personally.”

“What do you think?”

“Of the party? Hors d’oeuvres, a glass of extremely good champagne and two boring conversations with people I’ve never met before and hope to never meet again. Standard Martha’s Vineyard party except the President and First Lady didn’t show up to work the room and drag the sack for donations. I heard that they poured the foundation of the Presidential Library. But why do you care what I think, Mike?”

He left to be replaced by a seventy-something dowager with a narrow chest and a wide ass. She wanted somebody to take her home. Turner grabbed my right bicep from behind, followed by a sincere handshake, eyes locked. Sincerity was never Turner’s strong suit. I didn’t mind. He saved me from the diamond encrusted crone.

“Did you come to meet Miss Brock?”
“Did you arrange to have the invitation sent?” Turner looked away. He was not an accomplished liar.
“For Christ’s sake.”
“Why – did you arrange to send me an invitation?”
Turner nervously turned and spoke into my ear, “outside.” Louder, “I need to take some air. Care to join me?”
I followed him through French doors to a cobbled patio, and through a glacis packed with vines to an area that was if anything, less secure than the party with its crush of people and myriad competing voices.
“She embarrassed the boss.” Turner came to the point immediately, which is typical Turner.
“The President?” I wanted to know which boss we were talking about.
“Don’t you follow the press? She is gifted, and has some remarkable credits to her name but lately everything she takes on commission turns out to be, well.” He paused for a word, “unsound.”
“You know I follow her work or you wouldn’t have arranged my invitation.”
“She’s got to go away – a very long trip.” Turner used language I understood. “A wet trip.” He emphasized that which required no emphasis.
“And you want me to be the travel agent?” I asked, incredulous. “Why me? I’m a fan of hers even though I never met her. Get somebody that isn’t involved with her…charisma.” I turned and walked back into the party with Turner straining to say something, not daring to say more. I heard Turner say something to the effect that Ubango Carter was about to be embarrassed.

Ms. Brock never appeared at the party, so I went looking for her.

The sculpture/painting she did at the behest of the National Endowment for the Arts depicted the president, representing the United States as a snake eating his own tail. The sculpture was set in amid Roman columns that formed a bank. It took some doing to set up a private viewing before the work was unveiled to the world. I’m good at arranging things like that. It’s what I do.
Susan Brock’s work was downright funny if you weren’t Ubingo Carter, egocentric president. I laughed when I saw it. Susan Brock stood there in an old, paint stained t-shirt under blue cargo pants that accentuated a perfect ass and looked at me while I looked at her art.
“Who are you, Mister, uh Franks? People usually don’t pull those sorts of strings to get in to see my work before it’s unveiled.”
“I’m an art lover, a connoisseur of beauty, a fan of yours.” I replied. “I’ve noticed that the focus of your art has changed lately.”
Susan Brock looked at me with piercing blue eyes that burned like smoldering corn flowers. “I’m done being a whore. Now I call it the way I see it.”
“Even if it makes your employers angry?”
“Especially if it does that.”
They came at me the second time corps-a-corps, a physical contact between the two fencers during a bout, illegal in foil and sabre, but legal in the world where I live since it’s more or less all legal, or illegal depending how you look at it when you’re the one who fixes things.
I was eating a roast beef dip sandwich when they came. How can I forget the day? I dipped the face of the sandwich in some horseradish sauce, took a spicy bite and washed it with a beer as the tall fat man and the short thin man walked through the café purposefully in my direction. Tall/Fat had credentials. I’d seen those creds before and knew what legitimate credentials looked like. Short/Thin had a set of his own. It didn’t impress me. I had a purloined set back I worked for the same agency.
“You guys want a bite of my sandwich?” I asked Tall/Fat. To Short/Thin, “Wanna beer…of your own?”
Both declined, slipping their credentials back into off-the-shelf sport coats. “You need to come with us.”
I motioned toward chairs across the table from where I was eating. “I’m not done. And I’ll decide when I’m done whether or not I’ll be going with you. In fact, the more I think about it, the better I like conducting whatever business you have in mind right here.” I dipped the corner of the sandwich into the horseradish sauce, took a bite and then forked in a dollop of potato salad from the plate behind the bite of sandwich. A swish of beer and the taste sensation was complete.
Both of them shrugged and sat down. “A pitcher of Dos Equis and two more glasses.” I ordered from a passing waitress.
“The beer is on the way, what do you gentlemen have on your mind?”
Short/Thin said, “Turner wants to speak to you.”

You can see where this is all headed. I know what you’re thinking. You want to know if I acceded to the will of the Chief Executive. You want to know where Susan Brock is, because she dropped off the world stage. There are no more Susan Brock exhibits, no more parties featuring the artist, no more provocative art.
I guess you’re entitled to the truth. I did send her into retirement. But it’s not what you think. It didn’t happen the way your dirty mind works. Her bones aren’t bleaching in the desert and her corpse isn’t wrapped in heavy chain in the bottom of a lake. She lives with me now. I fell in love with her work before I ever fell in love with Susan Brock. She’s expecting our first baby in three months. She set herself to create an interesting environment for our baby daughter. And nobody is trying to send her on a vacation anymore because she’s with me and she’s safe.