The Emerging Situation with China 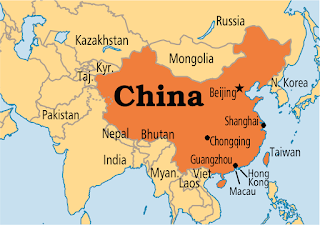 Facebook
Twitter
Pinterest
WhatsApp
China, and by that, I mean the mandarins in the politburo who pull the levers in the government, almost always reacts with an underpinning emotion that is difficult to see unless you have met some of these folks in person. They are not Americans. Not even close. They have a difficult time understanding Americans. To his credit, President Trump nominated Iowa Governor Terry Branstad as the next U.S. ambassador to China, choosing a longstanding friend of Beijing. His choice of Rex Tillarson as Secretary of State is a choice of a reasonable, intelligent, tough but fair man who has a keen understanding of international affairs. Those are not the choices of a mad man, but of a negotiator who wants the best team in play. It’s a stark departure from the Obama Years when political functionaries and buffoons represented Barack. China gets all of this, but still, they are confused and worried in an emotional way.
Two days ago, the government-run newspaper China Daily published a terse and threatening restatement of China’s official reaction to President-elect Trump’s comments about “one China.” The article begins with a summary of the action-reaction cycle.
This is important for those of you who are China watchers.
China’s first reaction was to blame Taiwan for maneuvering an inexperienced president-elect into taking a phone call from Taiwan President Tsai Ing-wen. The Chinese called this a “trick“.
After the President-elect’s second comment that “one China’ is negotiable, Chinese officials played down the remark as a misunderstanding or bluster. China reacted to this with a carefully phrased clarification of China’s position that acceptance of “one China’ is the bedrock of China’s relationships with the US.
On 13 January, the President-elect restated that “one China’ is negotiable. Since that remark, the Chinese leadership has concluded that the President-elect means what he said. The 13 January article carries the message that China also means what it said. The final five paragraphs follow.

“,,,It seems wishful thinking to assume Trump and his team’s remarks on Taiwan have been based on bluster or miscalculation. On the contrary, it appears the next administration is intending to use the one-China policy as its trump card.”
“Taiwan has been off limits in China-US diplomacy thanks to the understanding that it is a Pandora’s box of lethal potential, and that opening it may upend the hard-earned, firmly held fundamentals governing the relationship.”
“If Trump is determined to use this gambit on taking office, a period of fierce, damaging interactions will be unavoidable, as Beijing will have no choice but to take off the gloves.”
“It would be good if, after his inauguration, Trump can demonstrate more statesmanship. But Beijing should not count on his raising the stakes being a pre-inauguration bluff, and instead be prepared for him to continue backing this bet.”
“It may be costly. But it will prove a worthy price to pay to make the next US president aware of the special sensitivity, and serious consequences of his Taiwan game.”

The threat statement was spun by the corrupt, elite mainstream media and intermixed facts with opinions. They all but obliterated the meaning, so it is for you to make sense of it as best you are able without their “take” on the message.
The message conveys that the Chinese already have prepared their retaliation campaign. Early preparation for the worst outcome is a distinctive feature of Chinese crisis management style. They prepare the most damaging actions for the worst possible outcomes and then wait and see whether events dictate that they must apply them all or only some of them.
The Chinese work backward from the worst outcome to the most benign outcome. They also always warn their target multiple times to afford opportunities for the target to mend its ways or manners.
The China Daily article indicates that only contingency decisions have been made. The implementation of the campaign depends on “use of this gambit,” in other words, on what the new administration does, not what it says.
The article contains the most direct language of threat by the Chinese leadership that I have read. Even before the Chinese invasion of northern Vietnam in 1979, the Chinese did not warn the Vietnamese in language as blunt as that above.
The Chinese are not certain what the President-elect means by the assertion that “one China” is negotiable. That sentence is ambiguous. For example, it could mean that the US accepts the principle of “one China,” but the new administration wants more cooperation on the terms of trade and investment in China.
However, the Chinese are concerned that the language means that the principle itself is up for negotiation and might be abandoned. They are prepared for either eventuality. On the principle of “one China”, China is prepared to use military force and sustain whatever costs it takes to preserve “one China.”
They are prepared to hold Taiwan and its population hostage to the principle of “one China” and pay severe costs to prevent a declaration of independence by Taiwan.  That is a propaganda indicator of military action.
The emerging crisis has not reached that point yet.