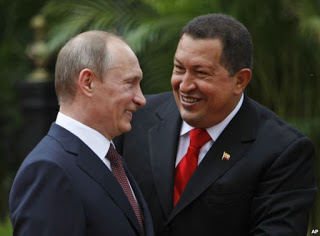 And Jupiter is singing to us. NASA’s Juno spacecraft recorded this – and it’s adapted to our hearing frequency range. (LINK) The sonata is strangely suited to this time of year. Who said that Jupiter doesn’t care? Who? Likely the same people who discount the love that Harambe had for everyone, including the guy who put a .270 bullet through his melon.

Nobody has nominated Vladimir Putin for a peace prize recently…or ever…but Barack got one for doing absolutely nothing other than being 1/2 black. So maybe fair is fair? Last Friday Venezuelan President Nicolas Maduro  announced the creation of peace prize in honor of the dead socialist leader Hugo Chavez, and said he was awarding it to Russian President Vladimir Putin.
The announcement comes on the same day that the Nobel Committee awarded its annual Peace Prize to Juan Manuel Santos, president of neighboring Colombia, for his role in negotiating a peace agreement with Marxist FARC rebels.

“I’ve decided to create the Hugo Chavez prize for peace and the sovereignty,” Maduro said during a televised broadcast to unveil a statue of Chavez designed by a Russian artist.

“I think President Vladimir Putin deserves this Hugo Chavez award,” he said, describing Putin as a “fighter for peace.”

Critics of the Ruling Socialist party frequently ridicule its efforts to build Venezuela’s presence in international politics, noting the country’s unraveling economic system has created runaway inflation and chronic product shortages. But that’s no reason that they can’t come up with an award to hand out. There may be a hidden agenda here (isn’t there always?), and a hope for foreign aid from Russia.
Inheriting Money
There are times when I think that I may be a little bit F’ed up. When that happens I visit websites of people who are clearly more zoned out than I will ever be. gaia.com is one of those places. There are other places as well, but to be honest, I’m not listing them here because I don’t want to make fun of people who actually believe their own fantasies at that level. I find that many of them (unlike me) have money that they inherited. Which is a testament for why people should spend what they have while they are alive.
Some of the most confused people on the planet move to Hollywood, to join in the culture and get a piece of the movie business. A shocking number of those are “trust fund babies”. The reason for that should be apparent. While you’re waiting for your ‘big break’, you need big money to hang out, do drugs, be seen at all of the trendy places (yada-yada-yada). A seat at the Sky Bar doesn’t come cheap. Hollywood accepts the money of these hedge-funded zillionaire children and turns them into “creative geniuses”. Because despite the assertion of progs that they think profit is filthy — there is nothing that they like more than money.
Hollywood moguls are much like the ancient priests of Baal, who they resemble. Thus, if you have a trust fund and want to be accepted even though you are afflicted with unearned wealth, you can find acceptance and love in the entertainment industry. You can also make friends in the Temple of the Living Elvis (Las Vegas), but that’s another story. 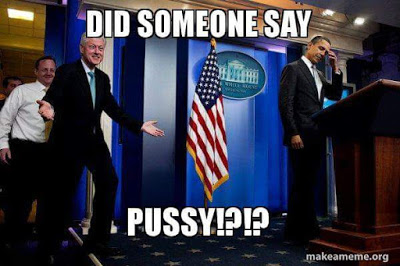