Thoughts from the Road 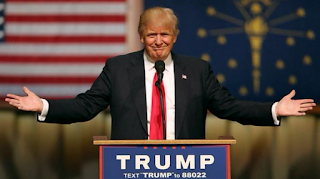 Facebook
Twitter
Pinterest
WhatsApp
Blogging from the road, things come to mind and I’ll try to put a few out there for your comments. Meanwhile, life is slower outside of the Los Angeles basin and there is a sense of sanity that pervades the nation in fly-over country.

Opportunity?
There may be hope for conservative bloggers to apply for White House press credentials to cover press conferences as the corrupt, elite media unwillingly gives up their treasured 49 seats.

(Reuters)  President Donald Trump’s team could move the White House press briefing room from the West Wing to another location that accommodates more media from around the country and the world, senior officials in the incoming administration said on Sunday.

Esquire magazine reported on Saturday that the Trump administration planned to relocate White House reporters from the press room to the White House Conference Center or the Old Executive Office Building next door.

“…The interest of the team is to make sure that we accommodate the broadest number of people who are interested and media from around the country and around the world,” Pence said.

Some months ago, I suggested to fellow blogger, LSP that the time would come when even bloggers might be given the opportunity to shout for the President’s attention in a White House briefing. That time may be fast approaching as the Trump White House expands the number of people who can attend press briefings. Possibly as many as two hundred fifty press officials, bloggers and other journalists will be invited to the White House Conference Center.
The only question that I have is, “If LSP has White House press credentials, will he attend the press conferences?” I think that the opportunity is out there if you know people.
Anglican Trauma Triggers 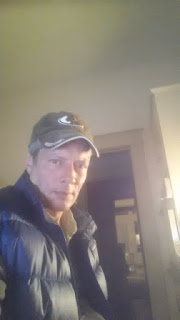 Some Anglican priests refuse to pray for President Donald Trump because they say that the mention of his name causes trauma in the people who attend services. LSP has assured me that Texans are made of sterner stuff and are not sent scurrying to a safe space when he invokes God’s blessing on President Trump.
What would the greater Anglican communion and “Forward in Christ” magazine think of one of their own standing shoulder to shoulder with the satanic influenced corrupt, elite mainstream media asking pertinent questions of interest to people in the US and around the world? Would Anglicans (outside of Texas) be outraged?
(left – LSP – the force is strong with this one)
You know that you have a really interesting question
when nobody wants to answer it.