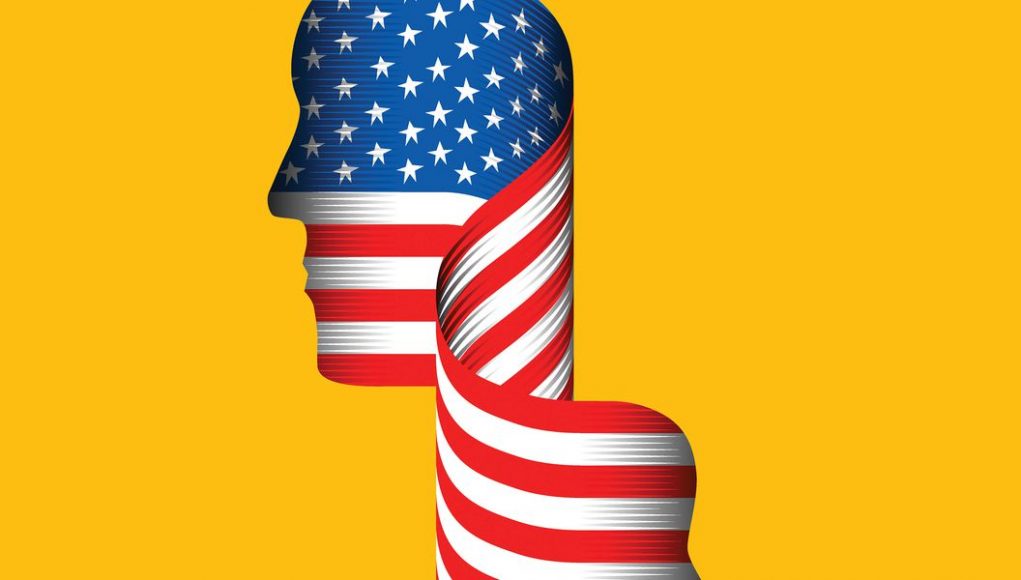 Five Days have passed since J6. It’s time to take a look back.

There was allegedly a rally of Trump supporters dubbed the “Justice for J6” rally, gathering to protest the abominable treatment of the political prisoners arrested on January 6th for trespassing in the Capitol and held without bond in solitary confinement.

Security fencing around the Capitol was erected once more. Multiple congressional offices were closed ahead of the rally. Lawmakers fled for their very lives once again. A line of dump trucks was set up to enclose the dangerous mobs.

One hundred D.C. National Guard troops were stationed at hand, along with the riot squad, plainclothes police, law enforcement on bikes, and mounted police on horseback. More National Guard waited outside of this theater of the absurd to rush in if needed to save the Capitol. Light armored vehicles were staged.

The U.S. Capitol Police and federal law enforcement agencies were placed on high alert! Hard ballistic armor that is also impact resistant is called for in these situations. 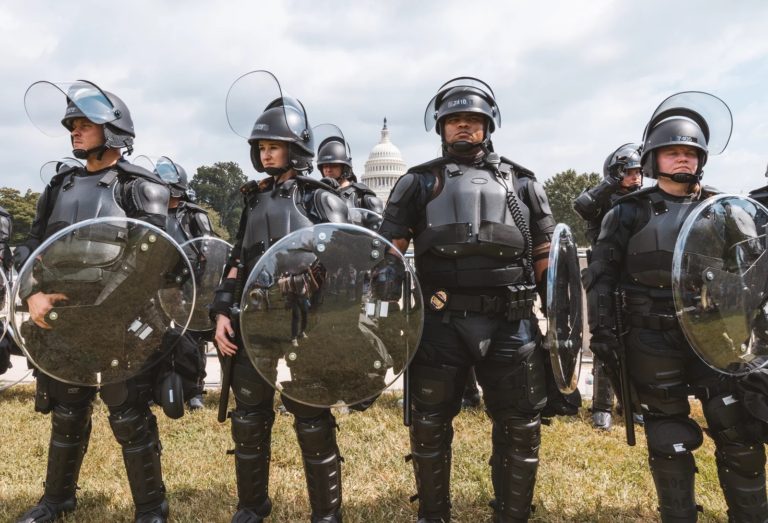 By all accounts, the police outnumbered the 500 or so people gathered there, of whom 19 out of 20 were reporters. The best guess is somewhere around 60 ACTUAL protesters showed up. Protesters were so scarce that reporters and television news crews had to queue up to obtain interviews.

The counterprotesters, on the other hand, showed up wearing black helmets, gas masks, and flak jackets. The counter-protestors at one point attacked the protestors, but the Capitol Police report that they separated the two groups without arrests. Of course, no counter-protesters were arrested. They never are.

These folk are who the Left regards as more dangerous than the Taliban, a bigger threat than Red China. Ponder that for a moment.

The Epoch Times reports: Ahead of the rally, Rep. Eric Swalwell (D-Calif.), who also voted to impeach Trump, had characterized the event as a Republican celebration of “cop killers.” Meanwhile, Speaker of the House Nancy Pelosi (D-Calif.) said in a Sept. 15 statement that “there is a wish by some to continue the assault on the U.S. Capitol with misinformation and malice,” alluding to the event as “another attempt to defile our national purpose.”

These are not fringe voices. This is the leadership of the elite uniparty ruling our land and dominating the planet. Any request for equal justice under the law will be met by being called cop killers and defilers.

For the record, the January 6th Protestors are the least successful cop killers in history, despite Eric Swalewell’s jubjub-bird shrieking, as no cops were killed. Two officers died during or following the Capitol trespasses. USCP officer Brian Sicknick died from natural causes on Jan. 7, despite the press saying he had been clubbed to death with a fire extinguisher; and officer Howie Liebengood died of suicide on Jan. 9. Of protestors, four died: two elderly men of heart disease, while one woman, whom the press reported as having been trampled to death, D.C. police department’s chief medical examiner ruled was n accidental “acute amphetamine intoxication.”

The final death was Ashli Babbitt. Perhaps she was guilty of attempting to defile the national purpose.

As for the September 18th non-insurrectionist non-event, the FBI agents were there, watching other FBI agents watch FBI agents.

The contrast between that, and the treatment of Antifas and BLM arsonists, rioters, looters, and killers need not be emphasized, or the delicate way authorities treated the so-called Autonomous Zone in Portland.

Was the J6 rally on the 18th a false flag operation? The snarling tones and venomous content of the Fake News reporting on the event is a strong indicator that it was. This news consists of schoolyard name-calling Trump, dismissing the overwhelming evidence of vote fraud as baseless and false, and repeating the boring lies told about the original January 6 trespasses.

More than one disappointed newsman put a brave face on the failure and crowed that the small crowd, instead of proving that Trump supporters were too wary to be pulled into a trap, proved Trump was waning in popularity, and rendered toothless by time.

Evidence shows January 6th almost certainly was a false flag operation, but one with disappointing results, since the protestors of that day, objecting to an unlawful election result being unlawfully ratified, were, as one might expect, law-abiding, and were not stirred up to riot even with Antifas stationed among them to provoke such a thing. Not even shooting an innocent woman in cold blood provoked the yearned-for riot.

Videos emerged showing protestors being waved into the building by police and staying within the with velvet ropes.

Undeterred by the failure, the news decided to react as if there had been a riot, and carefully edited video of the event to promote that lie.

Hence the reaction of panic and hysteria over a largely peaceful protest went ahead as planned, absurdities of shrieking hyperbole which has continued nonstop flooded the same fake news outlets which, to this day, claim the fake election of their fake candidate was legitimate.

Meanwhile, the shirtless protestor in face paint and furry Viking hat, dubbed the “Q-Anon Shaman” was charged, not with insurrection, not with armed invasion, not with riot, not with assault, nay, none of these. He was charged with “obstructing a congressional proceeding” and has been held without bail since January.

The police thug who shot an unarmed woman, Ashli Babbitt, after uttering no warning, and without any probable cause, has been charged with nothing and was rewarded with a fawning interview on national news, complete with the interviewer slowly prompting him how to answer.

Meanwhile, the current insurrection was even less impressive and provides even less material to be spun. I say again: the police outnumbered the measly 500 protestors.

One wonders how many of the National Guard are stationed along the Southern Border to prevent newly emboldened terrorists, or plague-carrying unvaccinated, from swimming the Rio Grande?

The Establishment Left went to all this trouble to set up a riot, and no one came. Their disappointment is understandable to all onlookers, albeit never to themselves.  Marxist have wet dreams about the violent overthrow of the social order, and violence permeates all they say and do. Nonviolent protest, for them, exists only as ceasefires, when strength is wanting.

The Establishment Left are congenitally unable to imagine the idea of a peaceful and lawful means of rectifying injustice. Anyone who believes peaceful rectification is possible believes something other than a Darwinian war of strong against weak obtains in human life, and hence runs against the core axiom of Leftism.

Meanwhile, during the “Justice for J6” protest, there were a few arrests on weapons charges. One of which was an FBI special agent, a plant in the crowd, being arrested by riot police. He was whisked away without answering any questions, his cover blown.