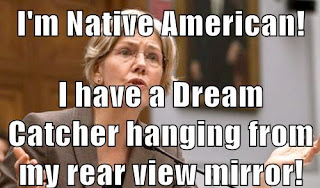 Facebook
Twitter
Pinterest
WhatsApp
The Pipeline
Maybe it’s just me, but I find it ironic that those (hippies) protesting the Dakota Access Pipeline at Standing Rock turned the area they were protesting in into a “muddy cesspool of human waste and hazardous fuels”. To be fair to them the Occupy Wall Street (hippies) did the same thing to the area where they protested in New York City.

(Fox News)…North Dakota originally offered protesters a carrot. If they agreed to leave peacefully, they would receive a hotel room and bus ticket to anywhere in the U.S. As of Wednesday night, none had taken it. They also offered a courtesy or ‘ceremonial arrest’ for anyone needing a picture for their Facebook page…Now the cleanup efforts begin. The camps span more than 1,000 acres, which had been, according to state officials, sensitive wildlife habitat. Now, because of an early thaw and thousands of “water protectors” it is a wet, muddy cesspool of human waste and hazardous fuels after protesters turned the native grassland into a dumping ground.

According to the Col John Henderson of the US Army Corp of Engineers, crews have already removed some 250 truckloads of trash, but his agency plans to spend upwards to $1.2 million of taxpayer money to rehabilitate the area.

“To ensure that none of this garbage and waste and debris and structures and vehicles ended up in the reservoir. That would be an absolute environmental catastrophe,” Henderson said.

Most of the protesters who spoke to Fox News said fighting the pipeline was a life-changing experience. They didn’t want the moment to end.

It’s pathetic that these protesters have such empty lives that they have to find meaning through living like animals, eating on the charity of the Indians and others — all the while — threatening the health of the Indians who they profess to want to aid and whose health they profess to want to protect. Progs/hippies/liberals share a lot of those contradictory values.

Some of those very same people wanted corrupt Hillary Clinton to be President of the United States, Commander in Chief and Leader of the Free World. Many of them want to see Elizabeth (Fake Indian) Warren as the next President because she’s a fake Indian. Since they either watch fake or very fake news, that makes sense in a twisted, progressive, corrupt way.


As this blog has pointed out several times with sincere parodies that, the progressive movement, which glories in transgenderism and sodomy, holds to the notion that gender is a construct, not a biological reality, and that “you are what you feel that you are at the moment”. 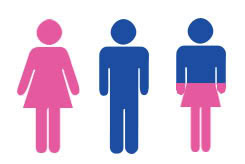 In another time, the liberals/progressives who foam at the mouth, rolling on the ground in a fit and projectile vomit at these presidential memorandums that said, “it’s a state problem, not a federal issue”, would be stuffed into a straight jacket and tossed into a padded cell in a lunatic asylum and medicated until they were able to rejoin society.
There may not be a way to talk someone out of the belief that boys magically change into girls by donning a dress and wearing lipstick any more than a spray on tan and Sideshow Bob hair-do make somebody a negro.
Technically speaking, the Left is not insane. They are people who act insane, and adopt insane beliefs, because the act of adopting an insane belief makes them feel that they have godlike sovereign power to discard reality at will, and bend others to their will. Denying an obvious reality makes them feel empowered. The more obvious the reality they deny, the more empowered they feel.

There is an Up-Side to all this

Surgery can arguably change things, but that’s not how the progs want to define gender. For now, it’s up to the states to decide. In California, everyone is a man, a woman and neither all at the same time. It’s tough to get more progressive than that. I now need to apply for a small business loan under no-interest provisions as a black woman to take full advantage of the progs.  Hopefully they’ll forgive the massive loan (sort of like Obama’s Green Energy loan program) when I default because everybody tried to keep the black woman down and I couldn’t get a break. These things happen. I haven’t decided what sort of business to open – maybe some sort of social justice research think tank that I can run at a loss, funded by the California Legislature.
A New Hope
There are presently 102 openings for federal judgeships in the US. More will come open during the Trump Administration. None of those slots will be filled by progs — and they are appointed for life. It’s not only the Supreme Court that will be transformative with Trump appointees.