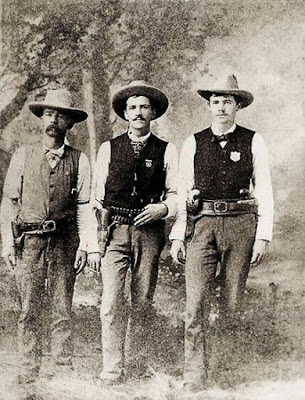 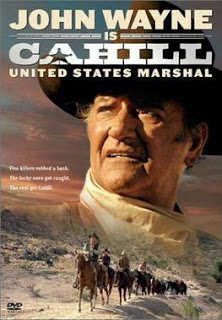 Marshal John Cahill was famous enough in his day, but John Wayne revived his memory in the film Cahill, US Marshal. Westerns are not the popular films that they once were, and John Wayne’s legacy is lost in the present day to the up-and-coming generation. Frankly, I think that John Wayne would be disgusted by the up-and-coming generation. But that’s a discussion for another day.
Marshals then as now, served processes of the court which included arrest warrants which directed them to bring a person before the court. Circuit courts would have a United States Marshal and he would hire deputies to work for him. Again, it’s not all that different today.
The names, styles of clothing, etc. have changed, but the requirement of having lawmen working to bring wanted subjects before the court hasn’t changed.