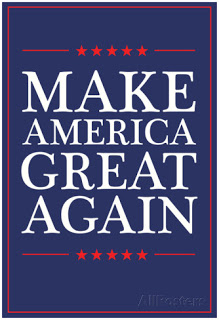 Does America owe Anthony Weiner a debt of gratitude? I think that he did more by being a complete pervert to Make America Great Again than any other person in this election when it came to the clinch. Will Barack dedicate a room in his presidential library and monument to Weiner’s contribution to helping the nation?
And what of those 650,000 e-mails. Now we will see if any of them were classified and whether or not FBI Director James Comey was obstructing justice in that investigation.
Huma Weiner was ushered back into Hillary’s inner circle to give her comfort after the American people sent her packing with the threat of congressional and DOJ investigations continuing, hanging over her head. There won’t be an Obama top-cover for the Bitch of Benghazi this time. It will be a straight up investigation as America heals from the depressing Obama Years.
But moving on to Barack, he had three major achievements:
ObamaCare, failing all on its own. It will be repealed and replaced by the Republican President, Senate and House who the people elected.
The Iran Nuke Deal. Trump will repeal the treaty on his first day in office.
The Trillion dollar stimulus, which produced a few dozen shovel ready jobs. It would be nice if he’d pay back the country for that at least in part, by donating all the money he scammed for his presidential library and monument.

The Obama Legacy is Toast

I met a traveller from an antique land,
Who said—“Two vast and trunkless legs of stone
Stand in the desert. . . . Near them, on the sand,
Half sunk a shattered visage lies, whose frown,
And wrinkled lip, and sneer of cold command,
Tell that its sculptor well those passions read
Which yet survive, stamped on these lifeless things,
The hand that mocked them, and the heart that fed;
And on the pedestal, these words appear:
My name is Ozymandias, King of Kings;
Look on my Works, ye Mighty, and despair!
Nothing beside remains. Round the decay
Of that colossal Wreck, boundless and bare
The lone and level sands stretch far away