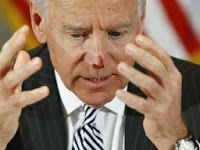 Biden presided over five summers of recovery, he was the ObamaCare Czar, the Colorado Gun Control Czar and has had his fingerprints smudged all over every national screw up. Why not sent him to China to represent American interests with the brewing dispute between the Chinese and Japanese over the Senkaku Islands sovereignty issue.
The guy is a national joke — and the Obama Administration has been keeping him on ice ever since Senate Majority Leader Harry Reid (D-NV) told President Obama to keep his court jester out of the Senate. (VP Biden is officially “President of the Senate”).
Maybe when he’s done with his trip to Japan and China, VP Biden could go to Russia and see if Russian President Putin is willing to hand over Edward Snowden? He could be the Russia-Snowden Czar. And when he returns to the US, he could replace his “shotgun czar” responsibilities with “ObamaCare Rebranding Czar”?

Money Down A Rat Hole 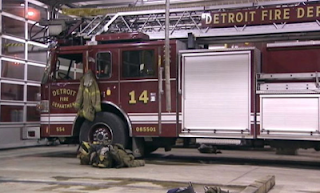 The city of Detroit will receive $24 million in federal funds to hire 150 more firefighters. The city received the funds through the U.S. Department of Homeland Security’s Staffing for Adequate Fire and Emergency Response grant program, says the Detroit Free Press. The grant is run by the Federal Emergency Management Agency.
Sen. Debbie Stabenow (D-MI) said that the funds are “exactly the kind of support that will help Detroit’s continued revitalization.”
The grant is awarded annually, but it’s a safe bet that the hires will be financially supported for more than one year by federal funds. It’s also a safe bet that at least half of the 150 firefighters will be what are referred to in Detroit as “paychecks”. The people never show up for work. They’re simply on the payroll as part of political patronage.

It’s good to know that the police are so bored and the crime rate is so low in Longmont, Colorado that they have time (and the inclination) to arrest a woman for cutting hair without covering her breasts.
The mug shot photo of the woman, presumably taken in the act of cutting hair with exposed breasts, does not suggest that she was the sort of woman that would ‘entice’ anyone. So where’s the crime?
Castrated African Slave for Sale

The word for black(s) in Arabic is slave (abeed).

(h/t Atlas Shrugged) Saudi Offers “Castrated African Slave” for Sale on Facebook Daniel Greenfield, FPM, December 1, 2013
Who says that the Muslim world isn’t modern? Sure they could hold old-fashioned auctions for African slaves. But instead they’re leveraging the power of social media for their slave auctions. His description:
1 – Black skin. Tall 172 sm. Weight 60 kilos.
2 – Castrated (excellent for working with a family) you can check him with a doctor our yourself if you have experience in the matter.
3 – [His] health is quite undamaged and has no imperfections.
4 – Age 26 years.
5 – Religion muslim and [he is] obedient and will not disobey you except in what displeases God. Please, the matter is very serious and is not a joke.

No it’s not a joke. Saudi Arabia had an estimated 300,000 slaves in 1960. Slavery was then officially abolished, but unofficially continues to exist.
Saudis who travel outside their country sometimes bring their slaves with them, leading to run-ins with the law. One of the ugliest such incidents was the murder of a slave by a Saudi prince in London.