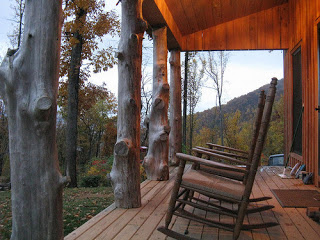 Ten thousand? I hear you ask. “Has LL gone off his rocker?”

No it’s not clickbait. There is a lot of chatter these days among scientists these days who work on quantum mechanics (very very small things) about a multi-verse. An infinite number of overlapping universes, which may exist, in an ever expanding network. These scientists work at Planck Length, where science gets more than a little weird. It’s the place where Schrödinger parked his cat. More on that later. The math that one must use to identify events in this weird science is a hobby of mine. No, it’s not a particularly useful hobby – like shooting, reloading ammunition, fishing or collecting tomahawks – but a hobby all the same.

The universe is elegant, and it is complicated, and we learn new things all of the time as we study the space around us. Sometimes scientists come up with ideas that make sense, and other times they do not. Separating those two can be challenging, because there is math (more on that later, too).

To start, you could to watch this twenty minute video. But if you do, you may begin to think that I am off my rocker for suggesting it. If you don’t have time to make a run at it, or the patience to listen to the guy, that works better, and I’ll summarize.
Quantum mechanics discusses (endlessly) the potential of a multiverse. It’s a theory that is continually knocked about in science fiction too because of its appeal. People discuss paradoxes such as Schrodinger’s Cat, but the paradox doesn’t come from the universe, it comes from ourselves and how we view the universe. We do not resolve a paradox that we made ourselves by insisting that the universe change to fit our ideas. Our ideas must change to fit reality. And here is where scientists who think about these things get into trouble.

See, I don’t buy off on the theory of the multiverse, so maybe there aren’t ten thousand names of God after all. Let me explain:

Around 2010, scientists such as Stephen M. Feeney analyzed Wilkinson Microwave Anisotropy Probe (WMAP) data and claimed to find evidence suggesting that our universe collided with other (parallel) universes in the distant past. However, a more thorough analysis of data from the WMAP and from the Planck satellite, which has a resolution 3 times higher than WMAP, did not reveal any statistically significant evidence of such a bubble universe collision. In addition, there was no evidence of any gravitational pull from other universes on ours.
When you bring this up, some theorists start to get nervous because a lot of the cool, mind bending sci-fi stuff starts to unravel.
“But! There is MATH behind it!”
That’s nice. You can put math behind any idea. It doesn’t make it real.
Are there different dimensions of space-time? Yes, I think that there are and that we can prove that there are, but that’s a different thing entirely. If you’re not following me, don’t feel bad.

Sometimes you climb out of bed in the morning and you think, I’m not going to make it, but you laugh inside — remembering all the times you’ve felt that way.