Taking a Bite of the Apple 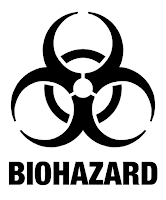 Facebook
Twitter
Pinterest
WhatsApp
It may be time for businesses to move out of New York City for the benefit of their corporate cohesion. I have worked in New York City and while the good old boy network there has roots that run deep, the current Chinese Plague that is infecting the city is once again illustrating a fatal weakness in the place. It’s congested, it’s unhealthy, it’s ruinously expensive and there is little need to site yourself there in this day and age of virtual environments.

In the near future, New York City will begin to become still less relevant than it is today.
9/11 had people raising the question of why we had all of our financial eggs in one basket. Today it’s not just the financial hub, but the corporate hubs currently sited in New York City. They could operate just as effectively in the Carolinas, in Arizona, or Utah, or Nebraska, at much less risk and at vastly less cost.
The population density of New York City during the daytime (before people take trains out of the Apple to their homes in White Plains, Connecticut or New Jersey) is concentrated to an unhealthy degree. The contagion ran rampant through a part of America that requires public transportation to function.
The Greater Los Angeles Area, which sits on the Pacific Rim, is every bit the trade hub that New York City is, by comparison, has less than one tenth the COVID-19 infection. And if you step back to the Orange and Ventura County Suburbs, the numbers drop radically. I’m not advocating for corporate hubs in Los Angeles, for what it’s worth. The traffic and the distances involved combine to make it a challenging environment in its own right. I know, I worked there for many years.
I predict that the virus will cause a lot of people to rethink corporate headquarters locations, virtual workplaces and that it will cause profound changes in New York City.