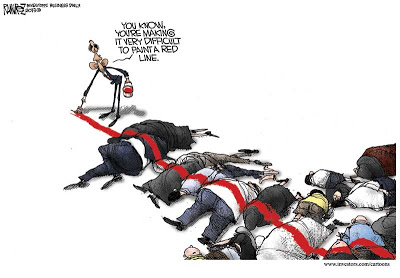 The Obama Administration doesn’t understand what diplomatic capital is, or if they do, they act as if they don’t. I’ll explain.

I understand and don’t disagree with the general circumspection to use of force in the Middle East. The US should avoid sending ground troops to enforce the eviction of Assad from Syria for a number of very sound reasons. However, I’m not even sure that Assad, who has killed 70,000 Syrians recently is worse than the Muslim Brotherhood that will inevitably replace him.

Because of the growth of Salafist groups among the opposition to Assad, Obama, who said that the Syrian use of nerve gas was a red line, is backing down from that posture. And Iran, which is developing a nuclear arsenal for the stated purpose of using it against Israel and the US, is watching closely.
Despite the fact that most of the countries in the Middle East are not fond of the US, there is presently an overwhelming focus there on the need for some type of US-led military response to the Syrian conflict. Regional states claim they have tried negotiation and that, because Assad is completely unresponsive, they have thus backed the disunified opposition. In turn, Damascus asserts that the Arab League has taken an anti-Syria position and therefore Damascus can no longer negotiate with the body or its members. 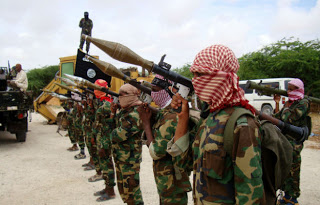 In the region, where each Syrian neighbor pursues its own agenda, they all understand that a guiding and unifying hand by the US is likely to achieve results while their own moves do not. The US has a wide variety of options that they can use to GUIDE the regime change without committing combat troops or providing advanced weaponry (that may one day be used against us). In this way, the White House could be present and engaged and have the POLITICAL CAPITAL to influence the future of Syria when Assad falls, as the unifying force in the body of nations bordering Syria which have ‘skin in the game’.
The US has made moves such as stationing 250 Special Forces troops in Jordan tasked with recovering some of Assad’s hundreds of tons of chemical weapons when the regime falls. That still falls short of leadership and leadership is what’s called for.