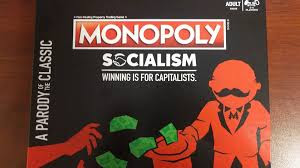 Facebook
Twitter
Pinterest
WhatsApp
The Sweet Hustle: No, the $100K story came from Fox News, not Babylon Bee. It’s attributed at the top of the article. The problem with Babylon Bee (if indeed there is a problem) is that the satire does pass for “News” in this world where CNN and MSNBC is pure Democrat propaganda, designed to create a socialist/collectivist government in the US. The Bee strikes a lot closer to the truth than MSNBC does. Our fellow blogger, Larry, points out the headline in USA Today: $700K for an apartment? The cost to solve the homeless crisis is soaring in Los Angeles. And yes, I’m sure that illegal aliens will given preference for luxury accommodation. The insanity continues.
Hong Kong:  The dissatisfaction of at least half of the population that lead literally millions to take to the streets is a profound thorn in the claw of the Chinese Dragon. I get phone calls every day on the matter and, quite frankly, the PRC and their cats paws in Hong Kong government, botched the situation in just about every way possible and they have a large problem on their hands. A person I’ve known for some years is flying to Arizona from Hong Kong to speak with me about the situation. But there’s not much that I can do. I’ve offered my advice. The problem could have been handled to the satisfaction of all early on, but the genie is out of the bottle now.
Clandestine weapons smuggling into Hong Kong by intelligence services from East Asian countries has already happened. A PRC official asked me, “how that can happen?” I said, “if drugs can be smuggled, so can weapons.” And for the moment, weapons are tight. But that could change if the tactics change to moving armed troops in.
Contrary to popular belief in China, the US isn’t involved in giving advice and aid to the insurrection, but if the People’s Liberation Army moves in and starts killing people, that will change.
Last Friday evening, protesters formed a 28-mile human chain across 39 train stations in a show of unity that was inspired by an example seen in 1980 during the collapse of the Soviet Union. The oligarchs in Beijing will get the message.
Monopoly – Socialist Edition

It has hit the shelves and there’s a lot of outrage from the socialists because the goal is not to win – “winning is for capitalists”. Here’s the tutorial from YouTube.
I doubt that I’ll be playing the game anytime soon, but you can buy the game for your friends who are Democrats. They’ll love it.
A friend of mine (who supports Bernie) lamented that in the local store there are only TRUMP! hats for sale. I told him that if the merchant had Bernie hats, he’d be obliged to give them away ‘free’.
Now the Sermonette: Nobody Cares 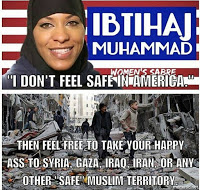 The current rant runs something along these lines: Muslim – I don’t feel safe in America.
There really isn’t anything keeping them in the United States if that’s become a problem. And that goes for all of the Hollywood Celebs who will promise (yet again) to leave if President Trump is re-elected.
By all means, leave. And if you intend to stay, work to build up the country that you or your ancestors fled to for safety and freedom.
Denmark
I have friends in Denmark, and the mood there is (and was) anti-Trump. They are angry at the president for a host of things including demands that they pay their contractual obligation to NATO. Many Danes are ‘cheap’ and they’re presently unhappy because Denmark had put out some money in preparation for President Trump’s state visit. That was canceled because of the flap over Greenland. President Trump will go to Poland instead. The Poles love America and they love President Trump.
The Danes need to get over themselves. They really do. It’s a beautiful country but visiting Denmark will cost something on the order of three times the cost of visiting New York City. My advice is that you visit ‘virtually, on your computer’ if you are set on a trip there.