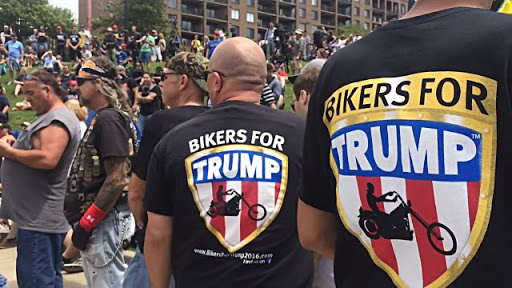 Trump-supporting Bikers have agreed to ride once more. This time in an effort to liberate the illegal ANTIFA occupation of Seattle’s Capital Hill neighborhood, now called CHAZ. If the police won’t do it, the bikers vow to set things right. On Independence Day. Let’s face it, it gives them something to do other than hang out at a BBQ.

The siege may be lifted first, but don’t count on it. Worst case, watch the events unfold on your flat screen while YOU are BBQing. Social distancing and the plague seem to be in the r/v mirror.

Begging for Soy in Antifastan (Spectator)

In Robert Heinlein’s I WILL FEAR NO EVIL, he predicted the absence of police in ‘Abandoned Areas’ where no police went, save in armored cars, and as creative as Heinlein was, he wasn’t prescient enough to call this dystopian urban wilderness, CHAZ.

I encourage you all to read the article from The Spectator, cited above, and take note of the historical reference. 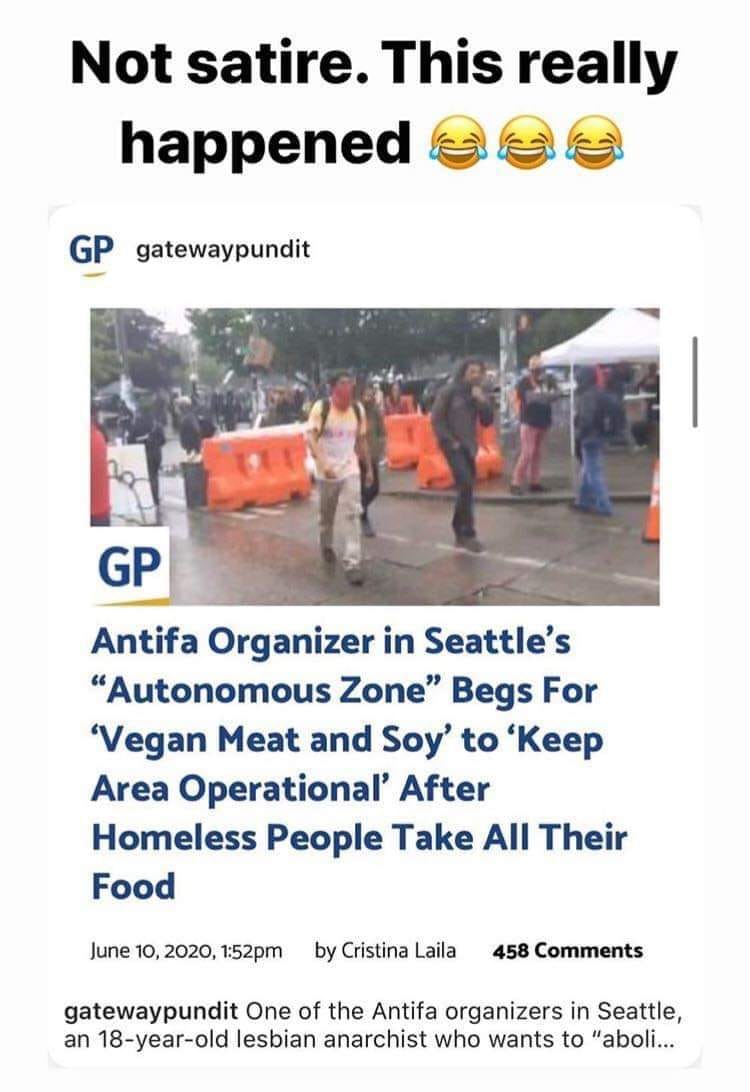 From one of the denizens of the new jurisdiction, who goes by the brilliantly unattractive Twitter handle of @anarchomastia (who we are given to believe is a person of, shall we say, exotic tastes in sexual behavior and gender):

The homeles [sic] people we invited took away all the food at the Capitol Hill Autonomous Zone.

One delightful side benefit to the progressive anarchist “independent nation” is that they selected the most progressive, leftist neighborhood in Seattle to occupy. Now the gender ambiguous rich Democrats who live(d) in Capitol Hill will get a taste of what they’ve been begging for, for so long. Except that the vermin now want to eat THEIR food and live in THEIR homes. I wonder if that will change a few attitudes?  I wonder if they’re enjoying the summer of love as their property values plummet and their insurance costs soar?

Maybe the rich progressives who live(d) in the newly occupied zone will take up a collection to feed the mob in perpetuity? It would be the progressive thing to do.