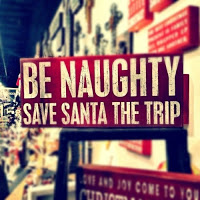 Facebook
Twitter
Pinterest
WhatsApp
Jobs – $100K per year per family member. No qualifications required
Yes, it’s true. You can earn (through benefits) $100K per year and all you have to do is arrive in Seattle/King County and announce yourself as ‘homeless’. You may also need to invest in a tent and camping gear, but you can also live in your motorhome and be ‘homeless’. It’s a sweet hustle.

(Fox News) …In Seattle, arguably the country’s most liberal city, homelessness remains one of the most divisive topics. Over the past five years, the city has seen an explosion in homelessness, crime, substance abuse and addiction. Residents say they struggle to balance compassion with growing resentment.

In all, the city spends $1 billion a year fighting homelessness. That’s $100,000 for every homeless man, woman and child in King County (so that’s $400K for a homeless family of four) and yet the needle has mostly been moving in the wrong direction. Residents say there is a deep disconnect between them and those in charge and say elected officials are tone-deaf and offer up simple solutions to a complex problem.

Democrats are confused and dismayed because the more money they spend on the homeless, the more people show up to accept the hundred grand worth of ‘free stuff’.  Democrats are easily confused, so launched a $10 million study to find out why spending more and more money doesn’t return Seattle’s homeless to the mainstream. Almost all of these chronic homeless people automatically also receive full unemployment benefits, even if they’ve never been employed. It’s really a better deal than what San Fransisco offers, and unless San Fran ups its game, they may see the homeless packing their stuff into the trunks of their Bentleys and heading north.
And what it really does, is detract from the needs of people who genuinely need help. The homeless scam becomes a smokescreen and an excuse for enabling. It justifies lumping drug addicts and chronically lazy people with the disabled and the insane, who are in need of help.
While you’re there, you can also join Antifa because there’s a lot of liberal money that pours into their coffers. Because the police stand back and let you loot, you can augment your $100K per year. Since it’s no longer a crime in Seattle, you can also go grocery shopping by boosting food from stores too.

Yes, we all know that presents are the Reason for the Season and that given that you have 124 shopping days to Christmas – you need to start buying now. Before it’s too late! Before all of the landfill is gone from the shelves. If you’re thinking of buying something for me, just send gold (insure the package).

I was in Flagstaff, AZ yesterday. I go into various towns for supplies and yesterday, it was Flagstaff. I saw Christmas decorations up and a furniture and lighting store had Christmas music playing. The insanity gets earlier every year and maybe next year, they’ll start right after Independence Day.

Don in Oregon – Chief Outlaw is a young diversity hire from Oakland CA who was hired over a bunch of older more experienced local cops. In her current job less than a year.

Portland must have cast the net far and wide to find anyone that stupid. Yes Rep. Hank Johnson (D-GA) feared that the Island of Guam might capsize and it’s that level of stupid. I wonder if she’s offspring of his?

On Cults
Jules – The clown cult is growing. The donning of the clown nose in awkward situations is having an impact. I’ve just put a bid on a dodgy singing ice cream van on eBay which can be used as the company clown car.

Corporate transportation is important, just the way that image is. Combining the two is pure genius. Bring Tex-the-Wolf with you in case somebody takes exception to a flower that squirts water or a pie in the face.

Jim – Does the democratic party count as a cult?
I’d love to see the Arizona Highlands riot. I could bring popcorn or ammo or maybe both. 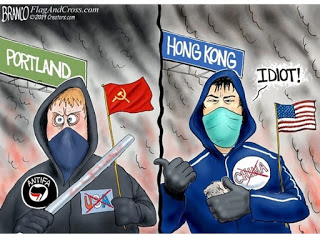 The Democrat Party is one of the most destructive cults in history. What’s the body count up to now between Planned Parenthood and the Clintons?

You’d be welcome to attend the Arizona Highlands Antifa Riot as a spectator or as somebody who would step in and suppress illegal activity. Sound suppression is not necessary because there aren’t many people to hear it.

Beans – Greenland. Everyone is making fun about Trump wanting to buy Greenland, but no one is reporting that Com China is trying to backhandedly take over the island.

Trump is right, and we don’t want the ChiComs in control of that island. It’s too late for South and Central America, as the ChiComs have too much control already financially down there. And he who holds the pursestrings controls the country.

You’re on the money with that comment. I think that the discussion of strategic rare earth discoveries in Greenland and the immediate Chinese interest is what prompted the President to say, “Why don’t we buy it?” His Secret Service code name is Mogul and he’s a real estate guy. After all, we bought Alaska, and “Louisiana”. Why not Greenland if we can maximize the place?

DRJIM – I’d research it more, but I’m too busy with the Church of Japanese Sports Cars, and my Temple of the Thermionic Valves

There are also those who worship at the Temple of the Living Elvis (Vegas) and donate vast sums to the building of MORE places of worship in Sin City. Better to invest in Japanese racing cars.

Old NFO – Many consider the Freemasons a cult, and the Catlick church HATES Masons, to the point of excommunicating anyone who joins. Add in Weathermen/Weather Underground, Farrakhan’s bunch, Black September, Black Panthers, et al… There are plenty out there. Jim Jones, the Moonies, anyone?

I don’t know why the Catholics hate Masons, but I’ve heard that. They won’t excommunicate Democrat lawmakers who vote to slaughter unborn – and born children but go after Freemasons? Weird.

Jim Jones was sort of a poster child for cultish behavior. There was also a Y2K group that was waiting for a space ship to pick them up. They all bought the same clothes and ‘drank the kool aid’ in the hopes that their spirits would be whisked away to the planet Vulcan or some such.

LSP – HRH Charles, Prince of Wales would likely join Juliette’s clown church. You know that he’d want some sort of special title. I think that Bozo is appropriate.
WSF – Portland PD needs more officers and fewer revenue generators with speed guns. Leadership based on something other than political correctness wold help, IMO.
Several relatives live there and are disgusted. They do say Antifa avoids the Longshoreman Hall.

Perhaps Antifa is smarter than I give them credit for. I’ve heard that besides handing out revenue coupons (traffic citations), the only thing that Portland PD does is deliver ice to parties. I’m not sure which kind of ice that they’re talking about…it is Portland.

Cube – You’ll never get street creds from liberals/progressives/the Donkey Cult with a hard science degree. Better that you go to some sort of foo-foo, very expensive, liberal Ivy League University and (I hate to use the word ‘earn’) obtain a degree in Social Justice. 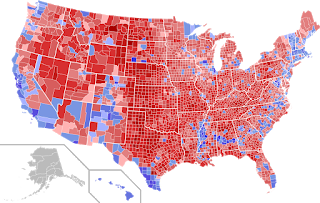 I made the mistake of turning on the TV. Yes, it was Fox News, so perhaps I can be forgiven. A progressive woman was upset about the move that Washington bureaucrats, working at the Department of the Interior, Bureau of Land Management were being forced to make to Grand Junction, Colorado. Her whine was that ‘there’s nobody there’. What she meant to say is that Grand Junction is in fly-over country, where deplorable people who like the President and who cling to God and guns live.
She should take some hope. There are patches of blue in Colorado, or she can journey south into New Mexico (deep blue) and make friends there. But she might find that even though those people voted for Hillary (possibly an IQ deficit, or an addiction to welfare), they don’t have much in common with the coastal elites.