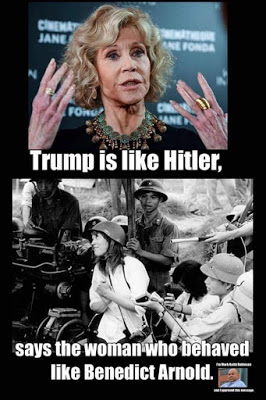 Facebook
Twitter
Pinterest
WhatsApp
Among the news that is trending is a story that John Bolton is in danger of losing his security clearance because he disclosed classified information in his new, as yet to be released, book. Providing that the story is accurate, why would John Bolton (and people like Hillary Clinton and John Brennan) continue to hold security clearances after they leave government service? There are riddles that are just too weird to process.
Hanoi Jane is quite the crone these days. Leopards never seem to change their spots, do they?

Cry’in, Ly’in Chuck used to beg Donald Trump for money. And Donald Trump helped him out. The same was true of Mitt (Pierre Delicto) Romney – who has a lot in common with Schumer. 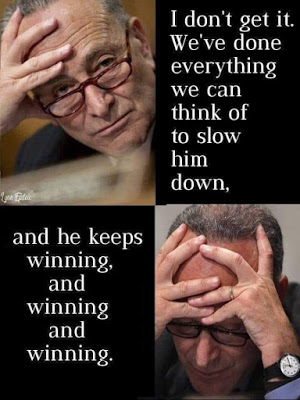 It’s interesting to watch Pierre (Mitt) Romney position himself with the Democrats. I keep promoting him for Bernie’s VP. He’d feel a lot more at home there than as a Republican. Who knows, with that match-up, maybe Bernie would win Utah?