Is Pluto a Planet? 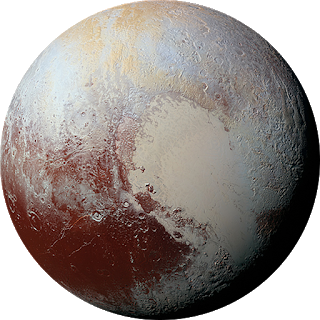 Facebook
Twitter
Pinterest
WhatsApp
That I have time on my hands sufficient to care whether Pluto is classified as a planet, Kuiper Belt Object (KBO), dwarf planet, Trans-Neptunian Object (TNO) or something else, indicates that I have no life. Or not much of one. I accept that.

In 2006, the International Astronomical Union, a global group of astronomy experts, established a definition of a planet that required it to “clear” its orbit, or in other words, be the largest gravitational force in its orbit.
Since Neptune’s gravity influences its neighboring planet Pluto, and Pluto shares its orbit with frozen gases and objects in the Kuiper belt, that meant Pluto was out of planet status.
Pluto ‘enthusiasts’ say that, “It’s more dynamic and alive than Mars,” or “Pluto only planet that has more complex geology is the Earth.”
Since we don’t know that much about Jupiter or Saturn, I think that’s advocating for Pluto a bit too hard.

An example of a current argument made by people like me who have way too much time on their hands and take themselves way too seriously: “We showed that this is a false historical claim,” Runyon said. “It is therefore fallacious to apply the same reasoning to Pluto,” he said. Metzger said that the definition of a planet should be based on its intrinsic properties, rather than ones that can change, such as the dynamics of a planet’s orbit. “Dynamics are not constant, they are constantly changing,” Metzger said. “So, they are not the fundamental description of a body, they are just the occupation of a body at a current era.”

It may require the arrival of space aliens (who are generally accepted as smarter than Earthlings) to put this issue to rest once and for all.
But until then —  Pluto, has an underground ocean, a multilayer atmosphere, organic compounds, evidence of ancient lakes and multiple moons, and it has enough gravity to be round. Pluto is interesting and THAT is why I think that Earth scientists need to revisit their re-classification of  the PLANET.