Conspiracies by the Elite 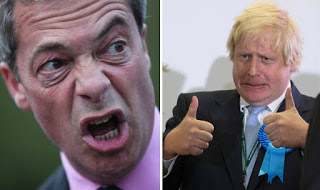 Facebook
Twitter
Pinterest
WhatsApp
Inside the Beltway
The power elite in Washington DC to include the leadership of the Federal Bureau of Investigation (Comey and crew), the Central Intelligence Agency (Brennan) and the Director of National Intelligence (Clapper) criminally conspired to conduct a coup to remove Donald Trump, duly elected President of the United States. Then they took overt acts to make sure that their “insurance policy” succeeded… but it didn’t. Oft referred to as The Swamp, it combines both the elite Republicans, the Democrats, and the corrupt mainstream media.
This is not news to any who read this blog. The onion is being peeled back in DC.
At the Court of St. James

The people of Great Britain voted to remove themselves from the European Union. Prime Minister Johnson believes that pro-EU Member of Parliament (MPs) are working behind his back to sabotage Britain’s exit from the European bloc. “There’s a terrible collaboration, as it were, going on between people who think they can block Brexit in parliament and our European friends.”

The British Prime Minister is justified in disregarding the motions passed by lawmakers and in going ahead with the business of delivering on the mandate given by the 2016 EU referendum. By doing the EU’s bidding, the MPs in the elected Lower House are ‘selling out’ the voters they claim to represent, the British magazine Spectator rightly claims. “406 constituencies voted to Leave, 242 to Remain; and nine regions voted to Leave, and just three to Remain” in the referendum, the magazine points out.

The mechanics of BREXIT remain muddy as the elites make common cause with other elites in Brussels, who feel that without the UK, their hand is much weaker and much smaller.
Republics and Constitutional Monarchies are both forms of representative government derive their power from the consent of the governed. Unlike Chinese Oligarchs in the People’s Republic of China, they are or should be constrained by laws enacted by the people’s representatives. They are rule by law, not rule by a single potentate. 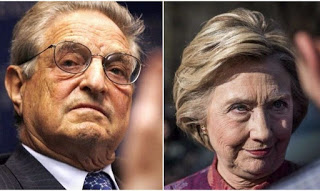 In the US in 2016 the elites were smug in their certain victory with their cat’s paw, Hillary Clinton, leading in polling conducted by their minions.  Their factotums counted electoral votes and the champagne poured prematurely. But the people spoke, and they said, “this can not be!” Of course the insurance plan, the plotting of a coup had begun a year earlier from the Office of the President (Obama), down.
The elites (your betters) who despise the people who live in fly-over country are not unlike the British elites that wish to repudiate BREXIT by any means fair and foul.
In America the solution or at least a partial solution comes in the form of term limits. In Britain, it’s more of a “throw the bums out”, if you wish to retain sovereignty.