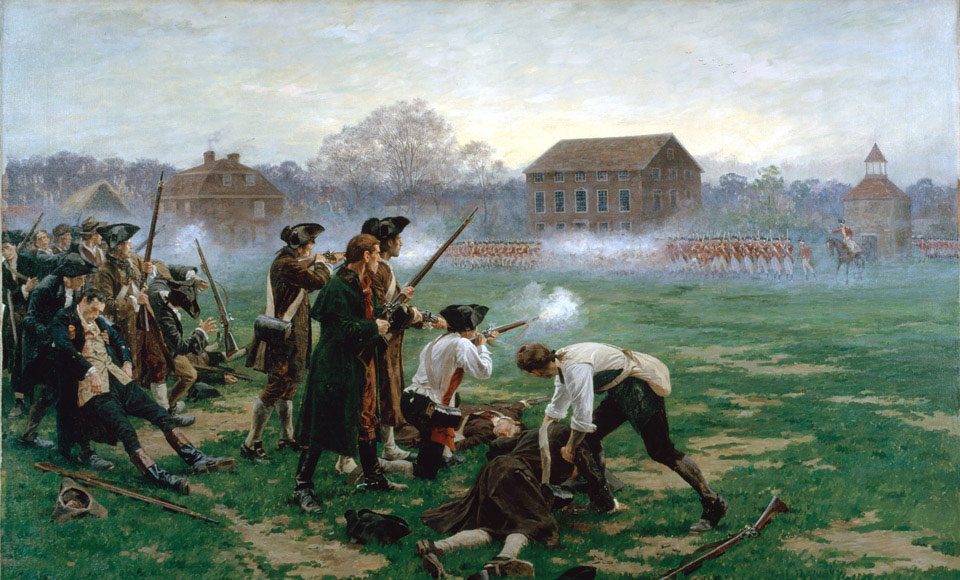 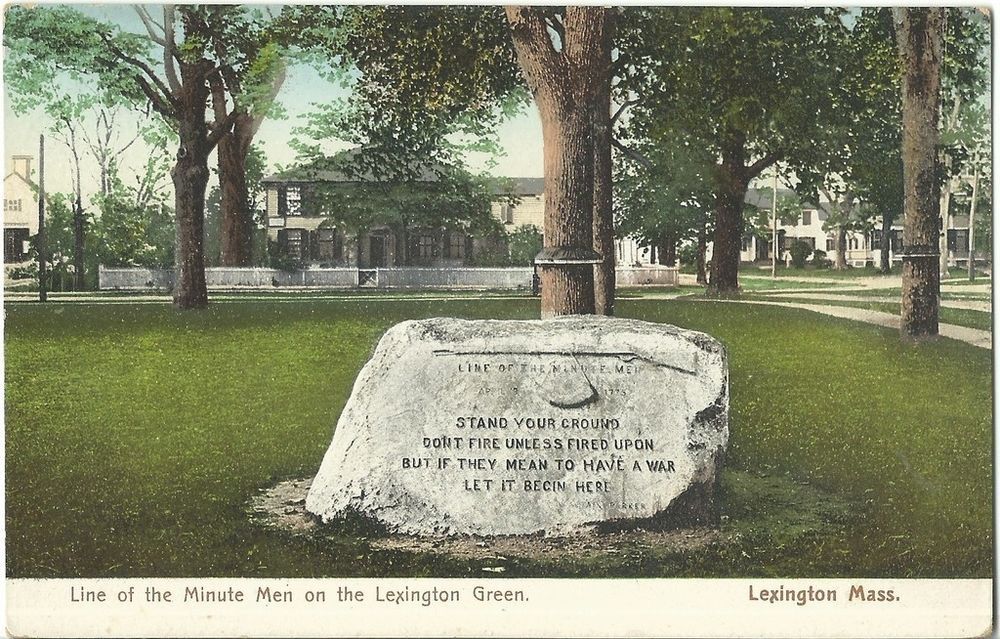 The battles were fought on April 19, 1775 in Middlesex County, Province of Massachusetts Bay, within the towns of Lexington, Concord, Lincoln, Menotomy (present-day Arlington), and Cambridge.

It’s right and proper that we recall them on this anniversary of that day and that fight. (Lexington Green).

It was relatively easy for the British Army to cut through the King’s subjects on the way to the arms cache at Concord. The retreat to Boston was considerably more difficult for them.

Continental Warfare (from the movie Barry Lindon). While it’s true that the British retreat from Concord to Boston turned into a route, and that British subjects from surrounding towns came with their firearms to snipe from cover, most battles during the revolution took place in the Continental pattern.

The portrayal of the use of bayonets is often misused. Once fixed, the soldiers had only the loaded round to fire. Reloading a muzzle loading musket while a bayonet is fixed is cumbersome. Defending infantry would fix bayonets at the last moment to either receive cavalry or to defend against an infantry charge (different formation).