To me, a look at the pristine night sky, far from the light pollution of nearby cities is a rare event. Ancient people studied the night sky with vast interest as the stellar clock unfolded before them.
TODAY have to go a long way and get to a place of clear, clean, dry air in the desert or on a mountain top if you want to see what the ancients watched every night. The Discovery Channel chose Happy Jack, Arizona, near the infamous White Wolf Mine, to site its telescope. Good move, Discovery Channel.
There is NO light for many miles in any direction from the White Wolf Mine, which is more remote still than the telescope, that is located near the Happy Jack Ranger Station. There is nothing to pollute the pristine night sky. Phase 2 in the development of the White Wolf Mine project will feature a small observatory for private use and study (maybe I can get a White Wolf Comet named?). The location in Arizona is the sweet spot for examining the Kuiper Belt from Earth. The dome will fit on top of the Phase 2 building.
Will the coming of the White Wolf Comet presage the end of the world as we know it? That would be my luck. Build Phase 2 only to have it destroyed by a comet named for the place.
I’m posting this while on the road, working to fund ‘Phase 2’. Excavation has finally started for construction of the hovel (Phase 1) There is some blasting of bedrock, some jack hammering and the footings will lead to re-bar and block before the foundation can be poured. That all will be complete before Thanksgiving. Phase 2 could be called the laboratory, observatory and conservatory building, constructed on the lower property (or you can call it a barn). It will accompany the green house. I’ve vowed not to begin until I can throw down cash…so it might be a long wait…Or perhaps I’ll get lucky? The granular details of Phase 2 are still being worked out. The budget must precede serious architecture and engineering.

(at least) 20 Generations of Stars

Hydrogen and helium make up a combined 98% of the mass of the universe, on a cosmological scale everything else is just a rounding error. But on smaller scales (small, as in the size of a cluster of galaxies) the amount of metals becomes important. Except for a tiny amount of lithium, everything that is not hydrogen and helium was produced inside stars, one way or another. 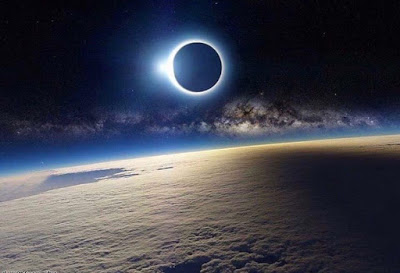 While a star may start out as almost entirely hydrogen and helium when it forms, the gas that returns to the interstellar medium will be slightly enriched with metals, that is, the metallicity will go up. This enriched gas that has been returned to the interstellar medium will go on to form a second generation of stars, which will still be almost entirely hydrogen and helium, but now with a tiny fraction more of metals. The process will repeat, and each time it does the gas will become more enriched with metals. In order to have enough metals that rocky planets such as the earth can form the gas must go through at least 20 star formation and enrichment cycles. To date, the highest metallicity ever observed in a star is about three times the metallicity of the sun.
While normal stellar processes can explain the carbon, oxygen, and nitrogen we see, and novas and supernovas can explain the amount of aluminum, iron, nickle, and zinc we see, neither of those can explain the amount of gold, silver, lead, and uranium that we see.
This is where merging neutron stars come in. In the collision there certainly is enough energy for the nucleosynthesis to take place, and because there are two massive sources of neutrons being ripped apart, the problem of meeting the minimum neutron flux is solved. But up until now we had no hard confirmation of neutron star mergers, much less finding evidence of r-process production of heavy elements. It has been suspected for years, but only with the LIGO detection and the followup observations of the nova remnant has this been confirmed. With the detection of reactions in the remnant of the merger we can now conclude that almost all of the gold, uranium and other very heavy elements come from neutron star mergers.
On August 17th the LIGO gravity wave observatory detected gravity waves from the collision of two neutron stars. This was quickly followed by the detection of a gamma ray burst by the Fermi space telescope, and then a host of other observations from other telescopes. This event quickly became the most heavily observed single event in astronomy. There are several good general reviews of what happened that are very accessible to the average reader (NY Times, NPR, Veritasium, and one more in depth from Phys.org, there is also a whole webpage about the detection with links to many papers).